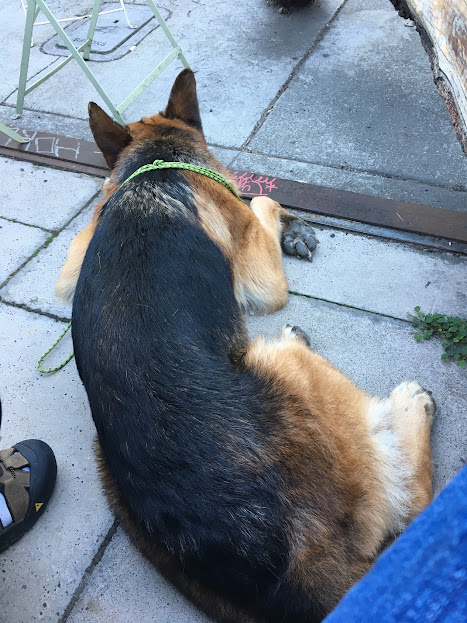 ein
I googled this before asking. Really. It’s been on my mind though. Why don’t we have a national housing program where the chronically homeless are housed in areas with lower cost of living and lower housing prices? Seems inefficient for cities like San Francisco and New York to have housing for the homeless. With the same amount of money out in the midwest, instead of helping 1 person, you could probably help 10.

zwei
Cultural appropriation is supposed to be this terrible thing that people should never do. But curiously, it only seems to apply for certain cultures and not others. For example, no one rails about the inappropriateness of naming a child “La David” or “LaMontre” or “D’Brickashaw” when these names are obviously disrespectful appropriations of the French language. Why are they disrespectful? They show the ignorance of the people who choose them. “La David” is male. Leaving aside the ridiculousness of attaching a definite article to the front of a name (like “le” or “la”), why would you use the feminine definite article in front of a MALE name? La montre means “the watch” — would you name your child “the watch” unless you were ignorant about its meaning in French? Don’t even get me started with that last one. It’s recorded fact that it’s a bastardization of a French surname.

drei
I must confess that all these sexual assault scandals (Bill Cosby, Harvey Weinstein, James Toback, and now Kevin Spacey) are reinforcing the link in my mind between someone who merely looks strange and someone who is an actual pervert. I mean, there’s already evidence that beautiful people are more intelligent. If ugly people are also more likely to be perverts, this makes it harder to come up with a rational argument not to judge a book by its cover.

vier
A friend of a friend sells these totally adorable stickers for planners. And has hundreds of sales and thousands of Instagram followers. When I look at the account, I swoon. I wish it were me. But when I step back and look at it as a value proposition, I see that she makes perhaps $3 net per set of stickers sold. And there’s the overhead of printing and shipping them. My own reselling business is much tinier, was optimized for profit and I don’t even bother with items that net < $20 each. What I’m doing is probably a few orders of magnitude more profitable (and less actual work), but she’s doing something beautiful, and I’m shuffling goods to collect zeros in my bank account. This is a strange feeling. That I’m always getting paid too much for shuffling things around.

fünf
If people suffer and are prevented from shaving, they begin to look like Jesus.

sechs
Secret Hitler is my new favorite game. It’s a secret identity game. I like observing how my friends lie, how they justify their actions, and that look in their eyes when they have trusted me all along and then they find out I’m Hitler just as they elect me chancellor.

sieben
I was at brunch this weekend, where a chihuahua was introduced to a german shepherd (the good boy in the pic above). The chihuahua was territorial, and followed the german shepherd around barking and snarling. The german shepherd ignored her for two hours. Then, he had enough. He lunged for her jugular and her owner stepped between them just in time to prevent decapitation. I behaved in an analogous way at this brunch party, (not physically). The german shepherd intervened in my case, giving me his toy to distract me. How did the other guests feel? I’m not sure. Maybe the same as about the dogs. Amused. Silent acknowledgement that she got what was coming to her. Or maybe those are my delusions of grandeur.

acht
I am so relieved to see results about the downsides of positive thinking. I was afraid I was going to have to force myself to become one of these positive, upbeat, peppy people who is thrilled and super excited about everything.

neun
Chase has been calling again, wanting me to be a private client. The sole benefit seems to be an assigned “private banker” who you can call on the phone. What fun. I should write back, “Chase, darling. If you want me to be a private client, you’ll have to make me actually private. I mean, everything I do should be completely private from the IRS. Offshore account, tropical island private.”

zehn
I had the pleasure of meeting my district supervisor yesterday. She refuses to use Lyft and Uber because she believes in union taxi jobs. She is against short term rentals like Airbnb. She thinks of “gentrification” as a dirty word. I should run against her. On the platform “replace every poor or homeless person with an engineer!” Engineers from all over the world want to come here. What kind of ROI do the residents of San Francisco get from subsidizing the poor and homeless? Urine in the streets and people using bus shelters to inject heroin? No thanks, I’ll take an engineer and all the concomitant gentrification any day.