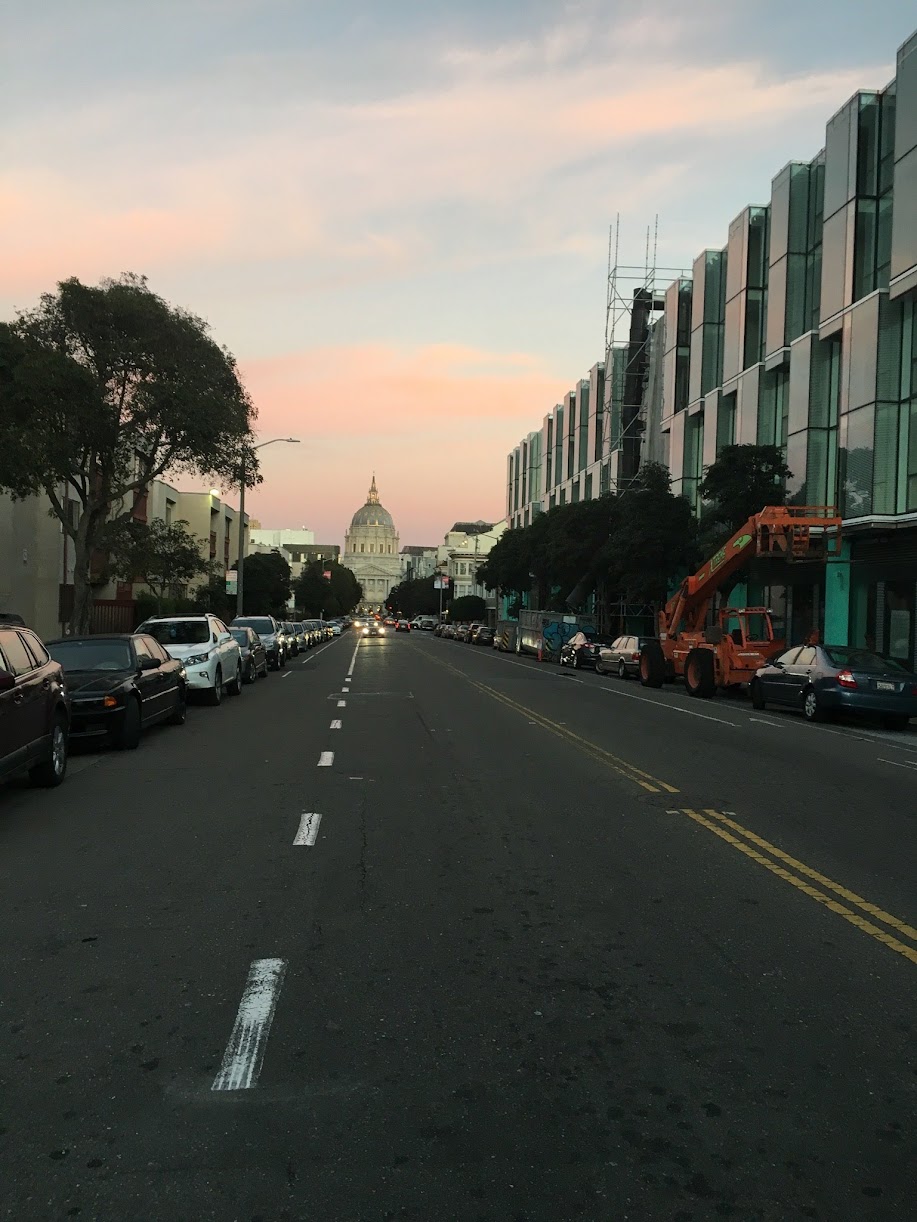 This was the sky and city hall as Ed Lee lay in state. Maybe this was the day he was moved. Northbound Van Ness was closed for a while, causing quite a traffic snarl. I’ve seen it before: someone important dies and to honor him, the masses suffer in traffic. Say it with me, there’s got to be a better way!

The holiday season has me saddened that fois gras is banned in California again. I’m surprised because there’s a growing French population in the Bay Area and banning foie gras is culturally insensitive to them. Would we ever ban the sale of halal meat? Halal slaughter is arguably more cruel than gavage, but since Islam is a religion and fois gras is not, I guess California sees fit to ban one but not the other. Maybe the answer is to make a religion that has foie gras as a ritual food item.

People acquire a certain hardness when they’ve faced challenges in life. Especially chronic problems like abusive parents, hunger, unstable housing situations, poverty, etc. It isn’t their fault, but I’ve noticed that the hardness makes them less pleasant and terrible conversationalists. They do too much posturing to influence how others see them, and frankly, it’s dull. The people I find most dear have lived sheltered lives, laugh easily, trust willingly, and say things like:

It’s so bad being homeless in winter. They should go somewhere warm like the Caribbean where they can eat fresh fish all day.
Lady Victoria Hervey

Notebooks marketed towards women too often have silly “inspirational” sayings on them. But if a man were using a notebook that had “Follow your dreams” stamped on it in swirly gold foil, wouldn’t you find it silly? Is it that designers think women are silly, or is it that we actually are silly? Oh, maybe designers are silly.

I found a note I wrote to myself last time I was drunk.

When drunk you will forget everything. How to spell. Your own name. How to stand up on your own two legs. But you won’t forget that you need to floss.

It appears I have some strange obsession with flossing.

I would love to find a way to give compliments to a person without them thinking I’m flirting. Or, more generally, a way to be nice to a person (give them attention, ask them to events with me, offer them baked goods) without them thinking I have ulterior motives. I blame the skewed values system of our society. The way we talk about sexual relationships as something more than “just friendship”. For example, I have friends with lovely eyes, the cutest giggle, great fashion sense, amazing hair, and I can’t admit I think these things without it sounding like I’m flirting or like I want “something more” when I don’t. I suppose I could go back to when I didn’t realize everyone thought I was flirting. But that era had its own problems. Like people who I considered friends kissing me out of nowhere (or so I thought).

I never heard of Sam Altman until yesterday when I read his blog post , which appears to imply that if we shame people for having views like “gays are evil and deserve to die” then we create an environment that is bad for innovation. Most in my friend group agreed that this was a poor argument without much evidence to support it. But one friend started spewing terms like “online lynch mob” and “thought crime” and “liberal bubble”. It was ironic to see how quickly someone who thinks of himself as a supporter of open discussion, disagreement and innovative thought sought to shut down and dismiss arguments from those who disagree with him. 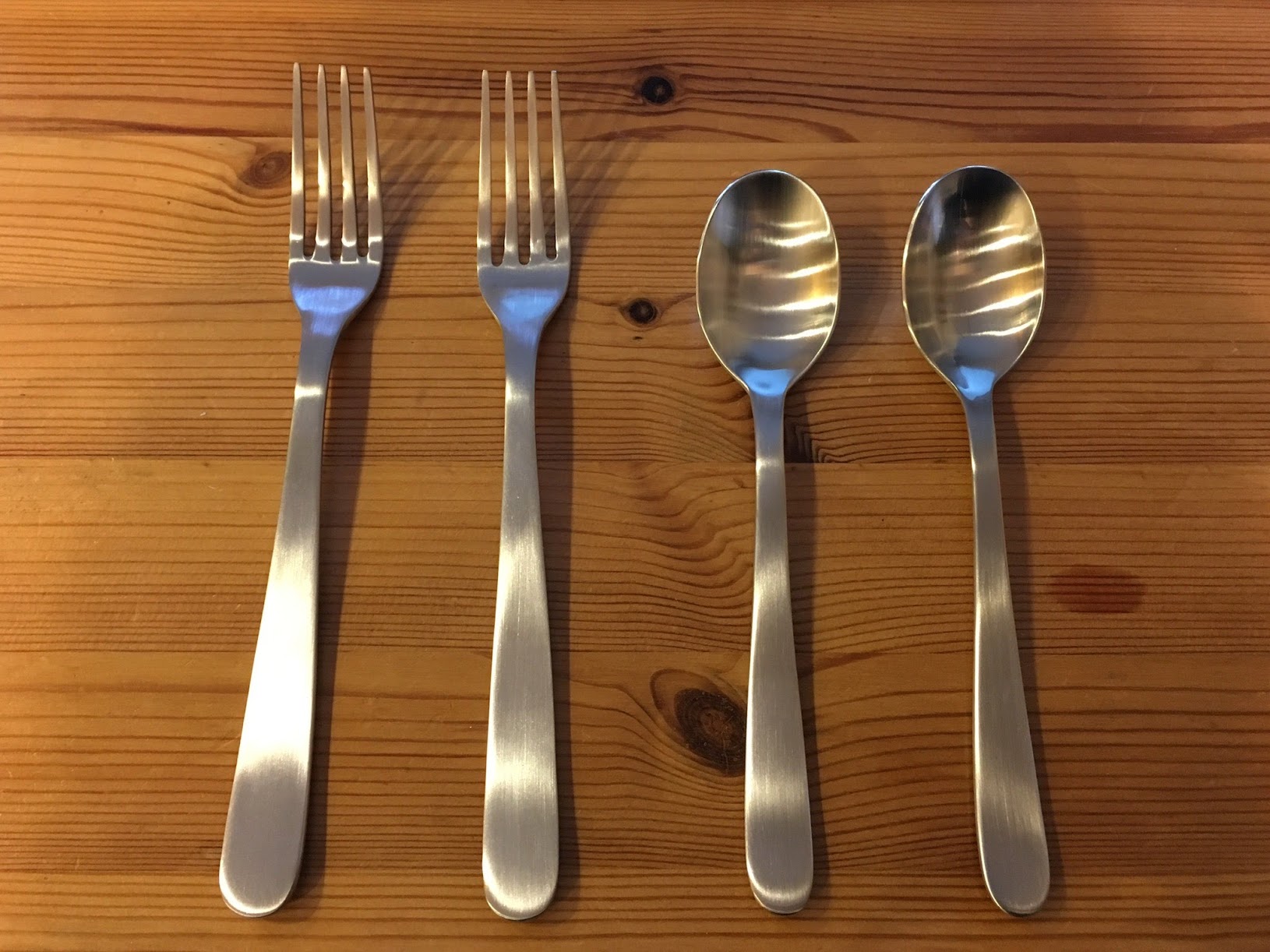 I have a thing for Muji. I almost got hauled in for additional questioning at Denpasar airport for refusing to give up the Muji forks I was trying to get through security. Aren’t they beautiful? I wonder what it says about a person when they buy themselves flatware for Christmas. Never mind, no I don’t: it’s probably nothing good. 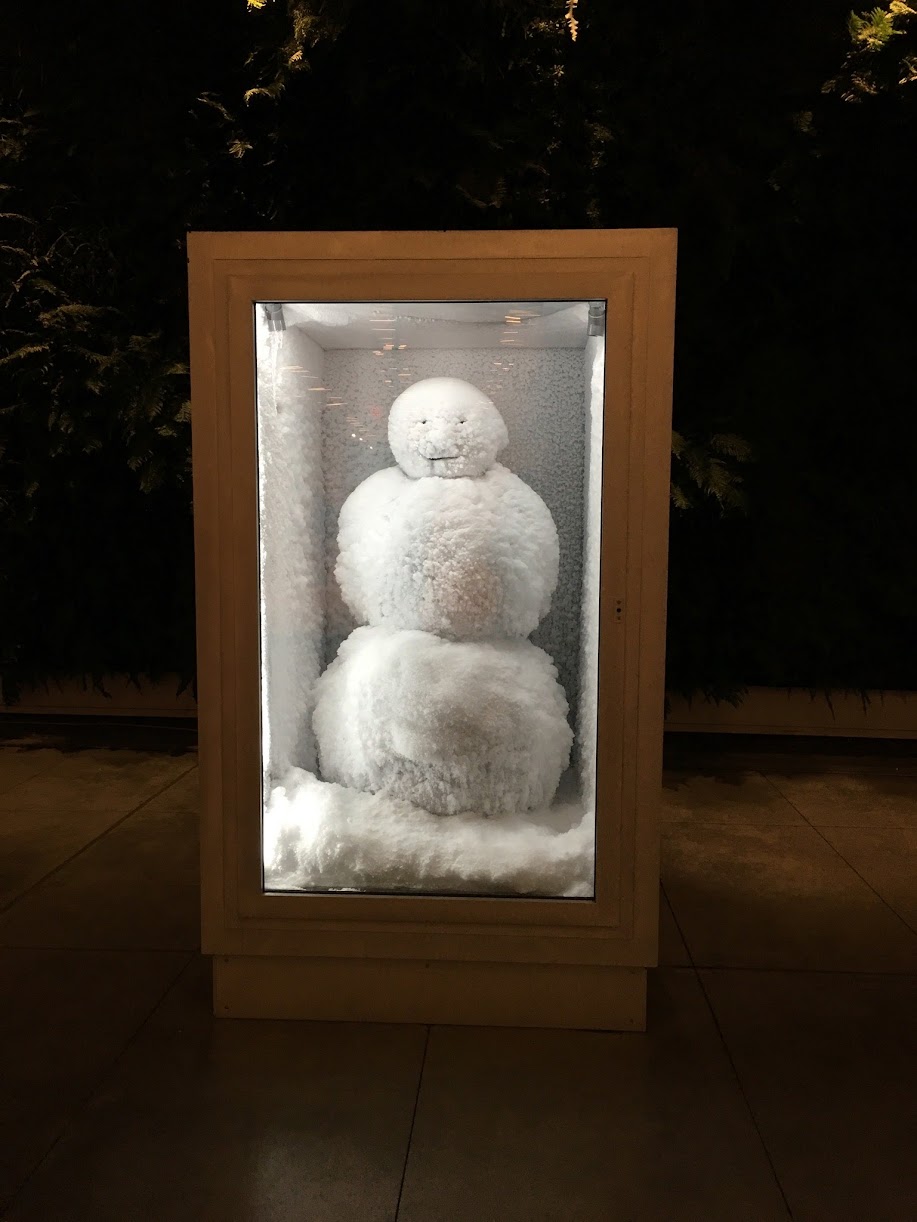 This snowman is visiting SFMOMA for the holiday season. I didn’t grow up somewhere snowy. So I had winter fantasies about snow based on movies. Sledding, snowmen, ice skating, magic. I am assured isn’t like that for people who actually live in it for months at a time, but to me, snow is still magic.

A friend of mine asked how I lost “all that weight” and I was reminded again of how little our perceptions of ourselves line up with how others perceive us. I thought my clothes fit better, sure, but I didn’t think my weight loss would be noticeable to others. The best resource for information about lasting weight loss is Dr. Jason Fung’s book The Obesity Code. He addresses why low-fat diets don’t work, why most diets fail, and gets into the science behind what causes weight gain and why it is so much easier to gain than lose weight, especially with traditional dieting advice. But don’t take my word for it — there are about 1000 5-star reviews on Amazon and the book is an easy read: see what you think.