In a stupor after my flight out of Bali was canceled, I booked a night in a club room at the Intercontinental Bali Resort. It was an enlightening experience. A few months ago we visited friends at the Ritz Carlton in Cancun and though both hotels are in the same vein (let’s create a microcosm so guests never have to step foot in reality) and the contrast was huge. The Ritz in Cancun seemed to be a copy of a Ritz elsewhere: maybe Paris or the South of France? There was no indication it was in Mexico at all. The designers at the Intercontinental at least tried to bring the ambient culture inside the hotel, albeit in a sanitized, glamorized way. 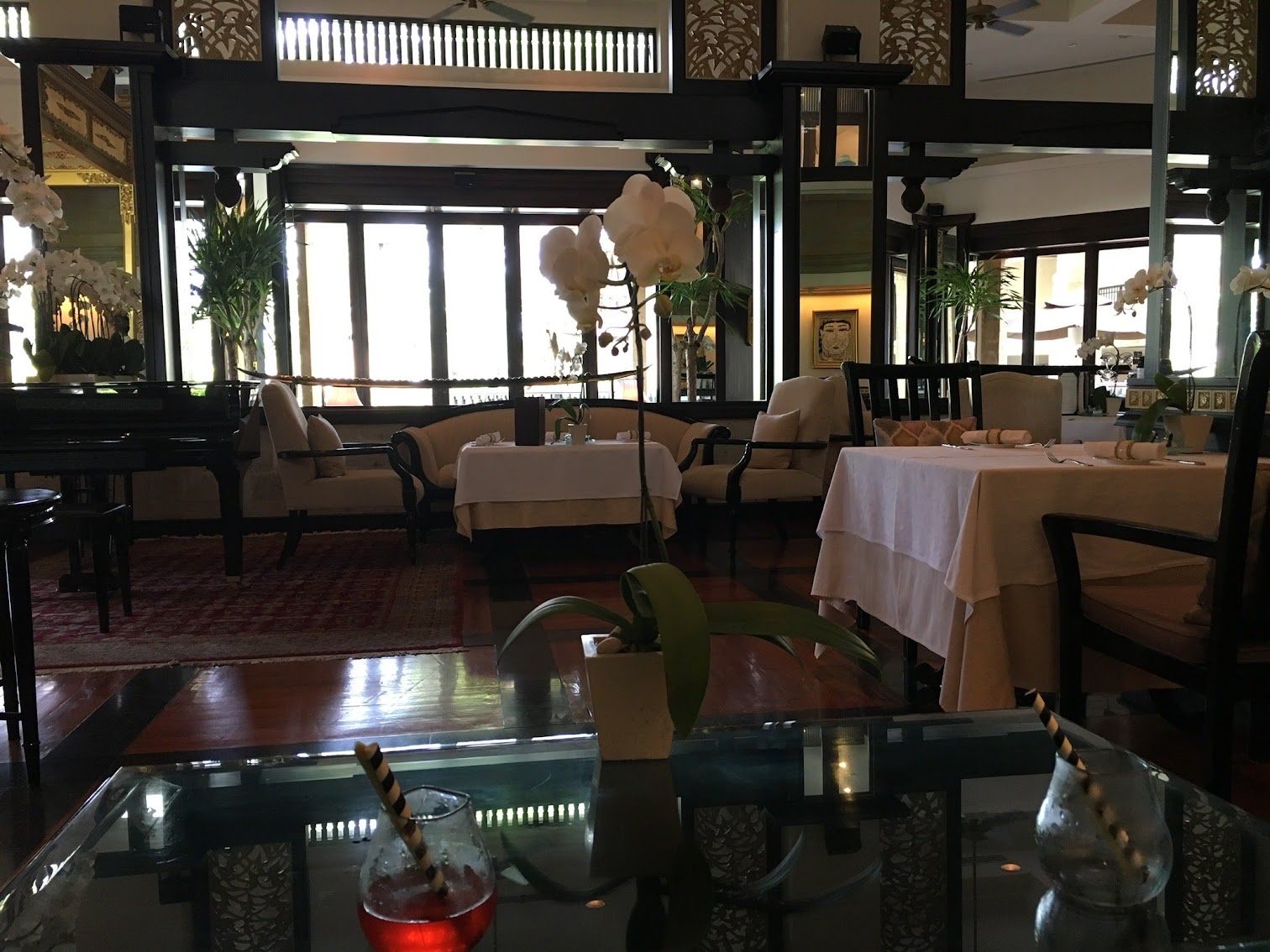 When we arrived, we were directed towards a desk for check-in. With seats. I felt like I was at a bank. We were handed fruity beverages with striped paper straws (see pic). This was amusing, but what followed was even better: the woman checking us in typed for a few seconds on her computer, looked confused, called someone up and had an entire conversation where she became frantic. After she hung up she asked us “You booked a CLUB room?” I said “Yes, but I know we’re early, it’s fine…” She said “Oh, if you booked a club room you have a special dedicated check-in in the lounge!” She was apologetic and appeared afraid that we would be angry. A man appeared from nowhere to escort us to this lounge. We sat in this lounge (pictured above), and the man took our backpacks from us. This made N nervous, but I had to remind him that we weren’t staying at a shady motel: we’d see our bags again. Then we were introduced to our excessively large room. 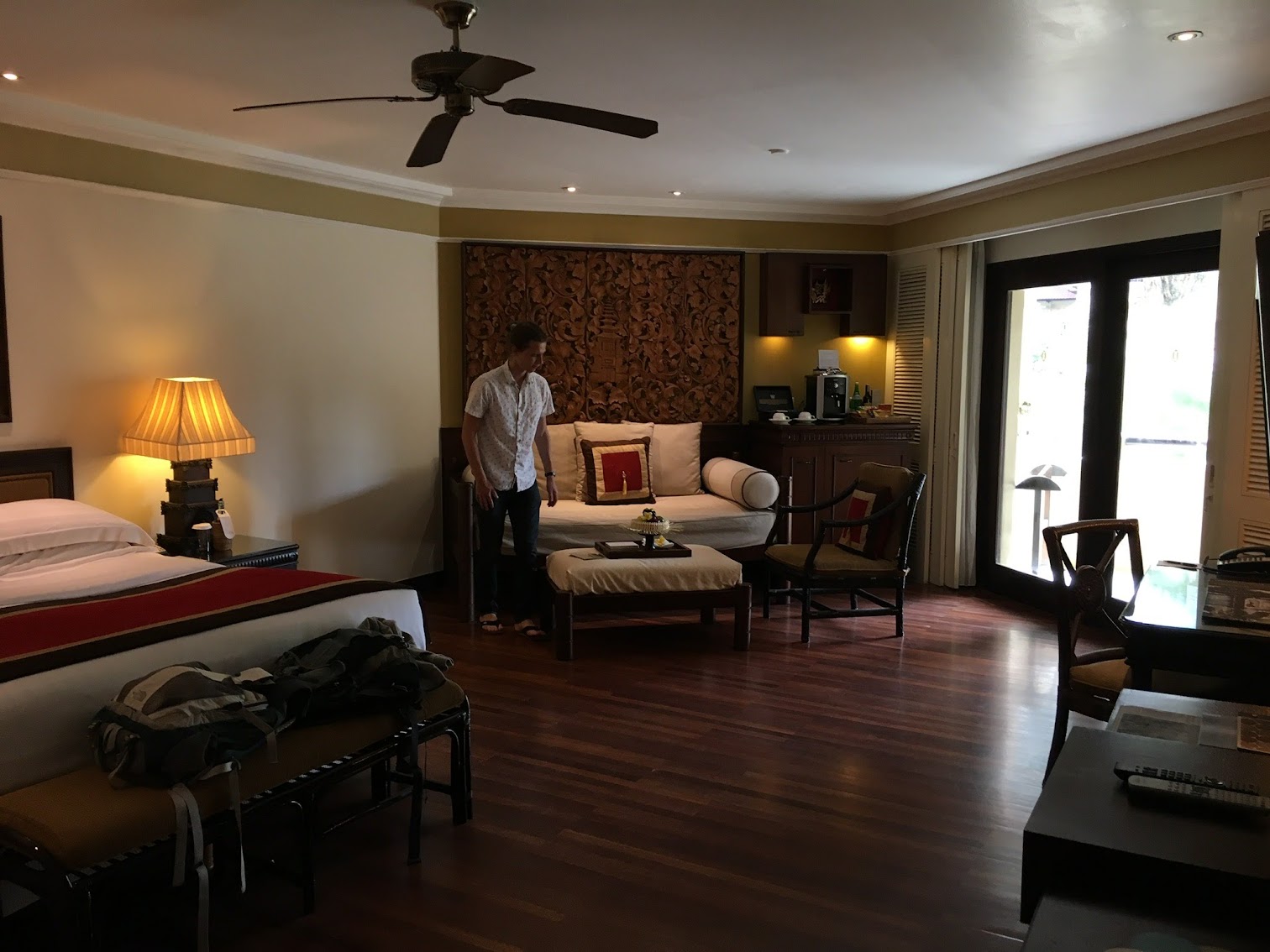 Our bags were magically waiting there for us. There was a bathroom within a bathroom just for the toilet and bidet. In addition to the shower and tub. But we didn’t spend that much time in the room since the grounds were huge. 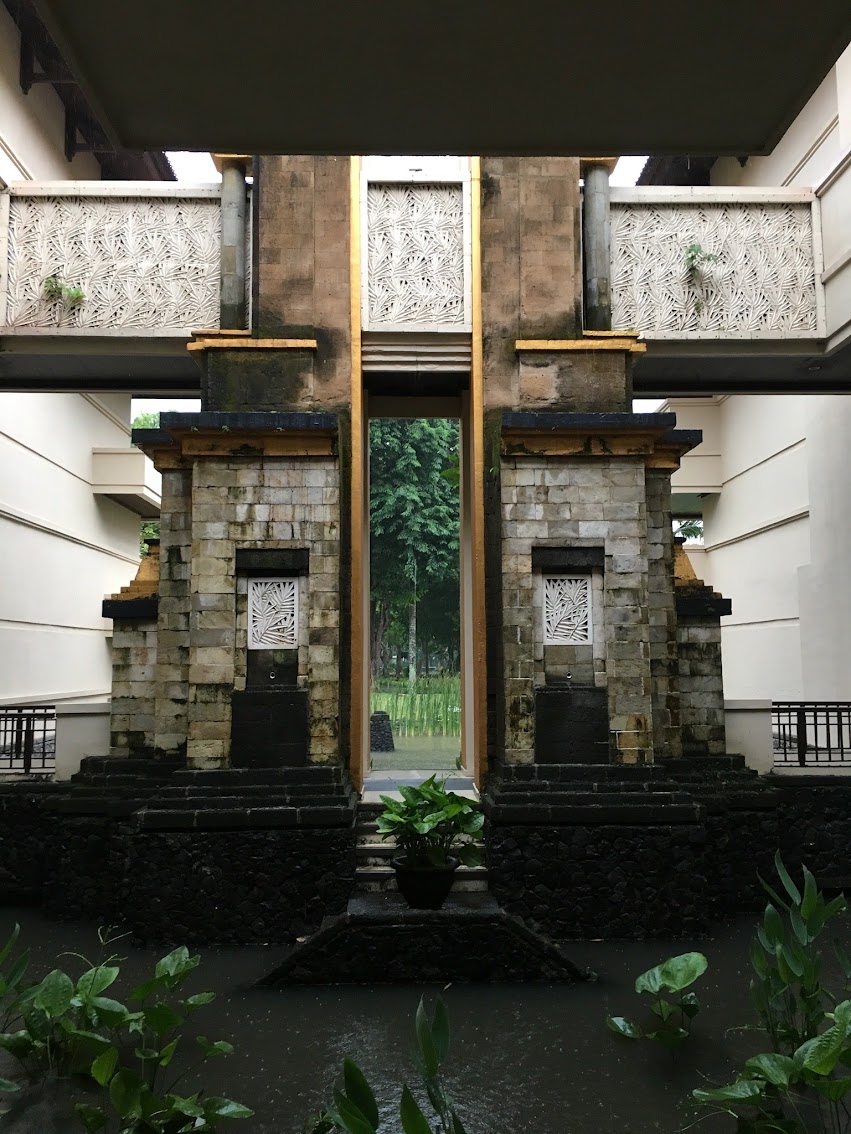 There were half a dozen pools or water feature areas. Stairs with water, water under bridges, waterfalls, you name it! 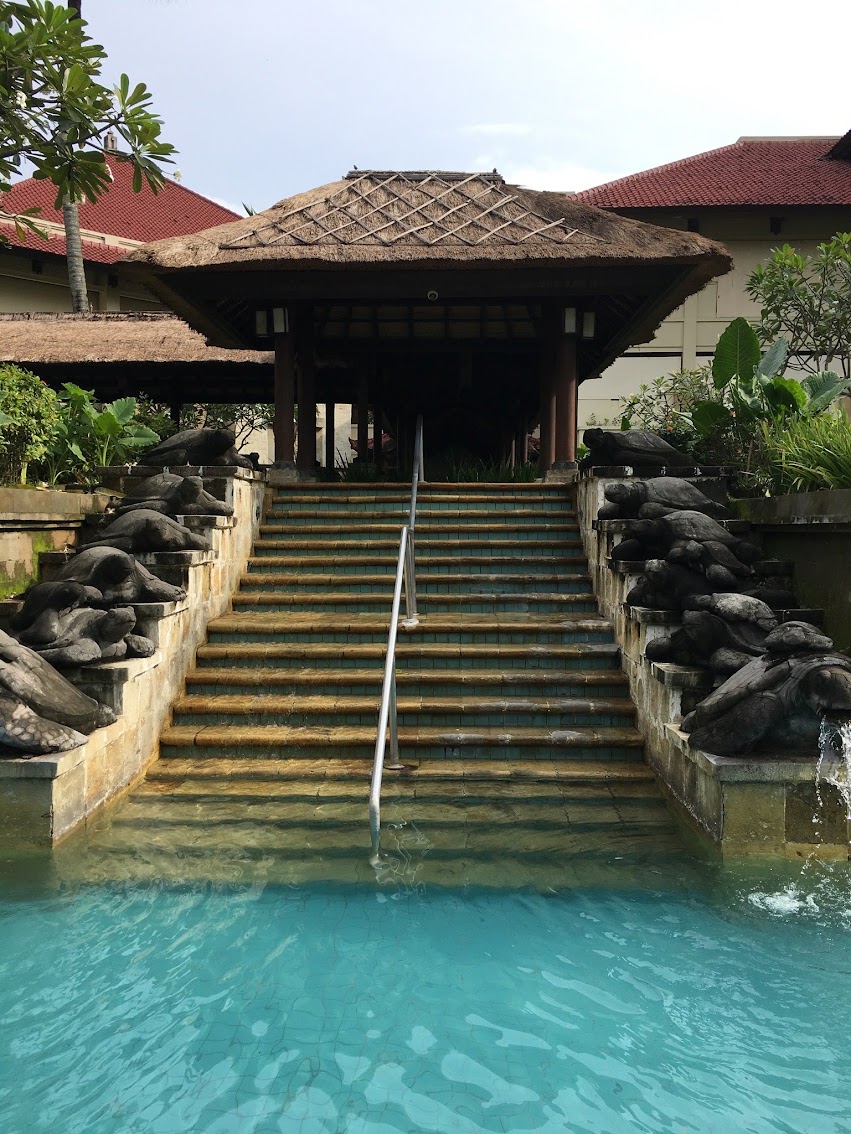 Best part? It was all empty. 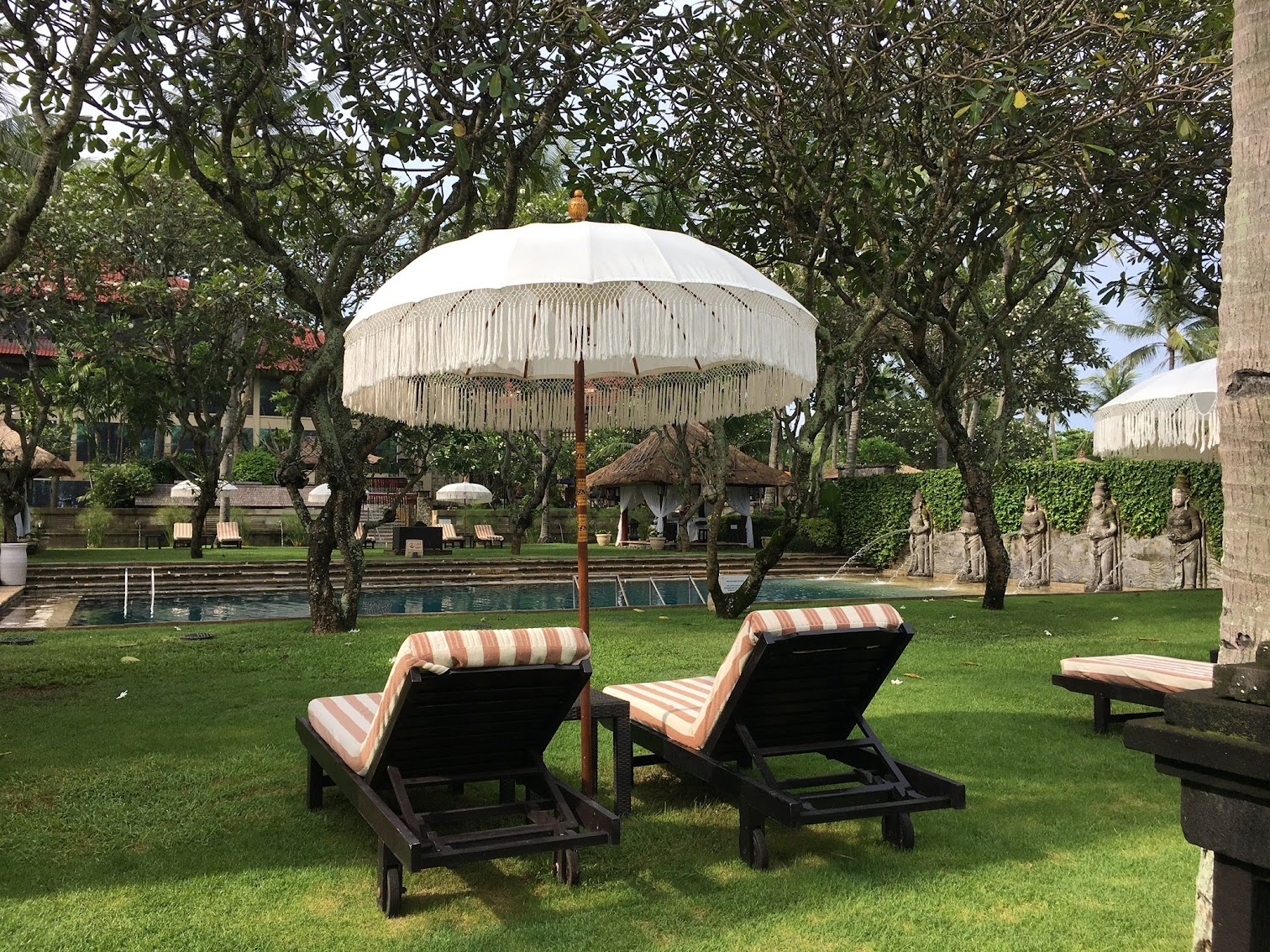 Everyone was gathered in one area, so the pools were just for us. 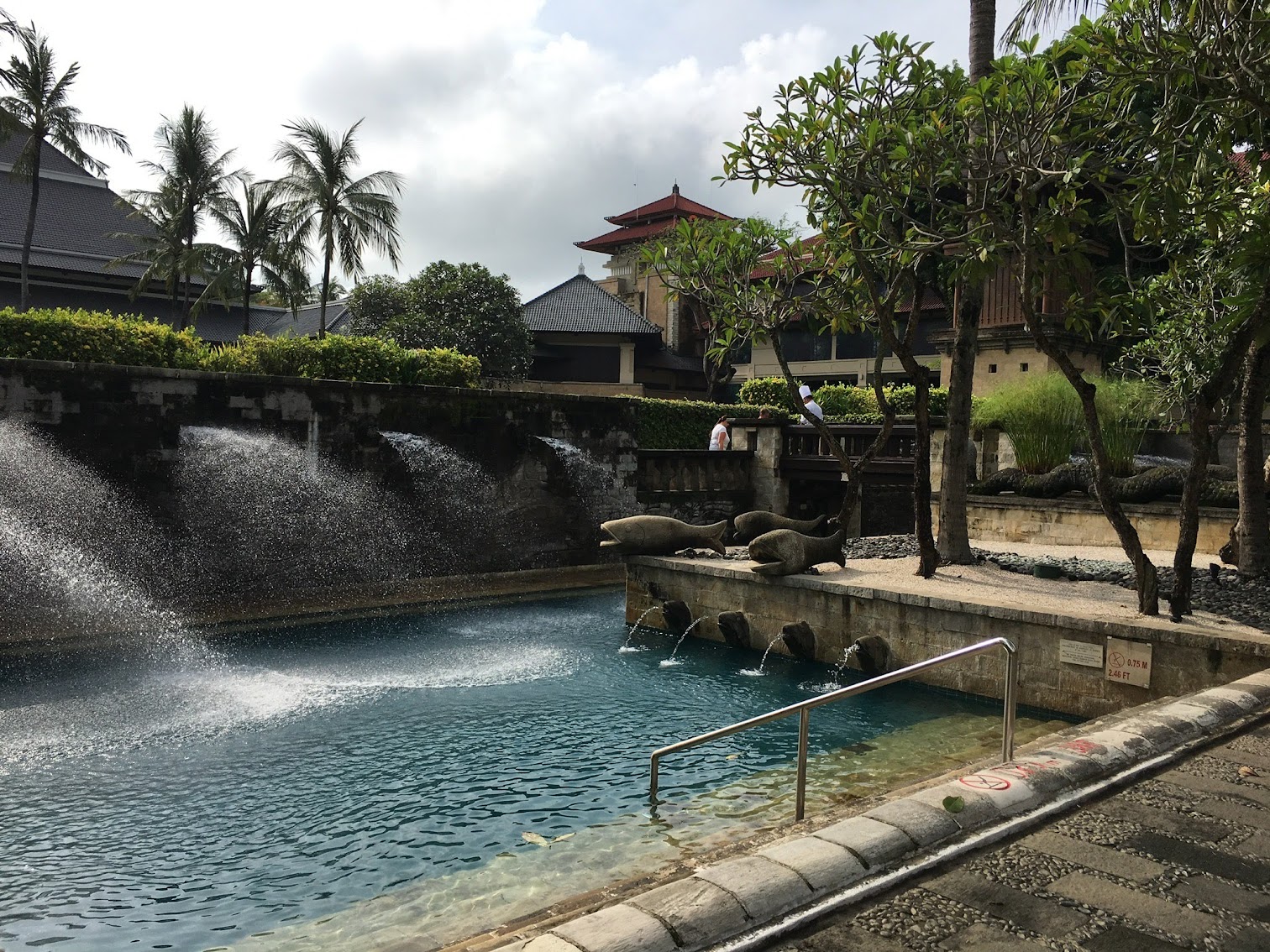 The food though? Just okay. It’s for people who value the presentation and the pleasant surroundings more than the taste and quality of the food itself. Great for Insta, meh for actually eating. 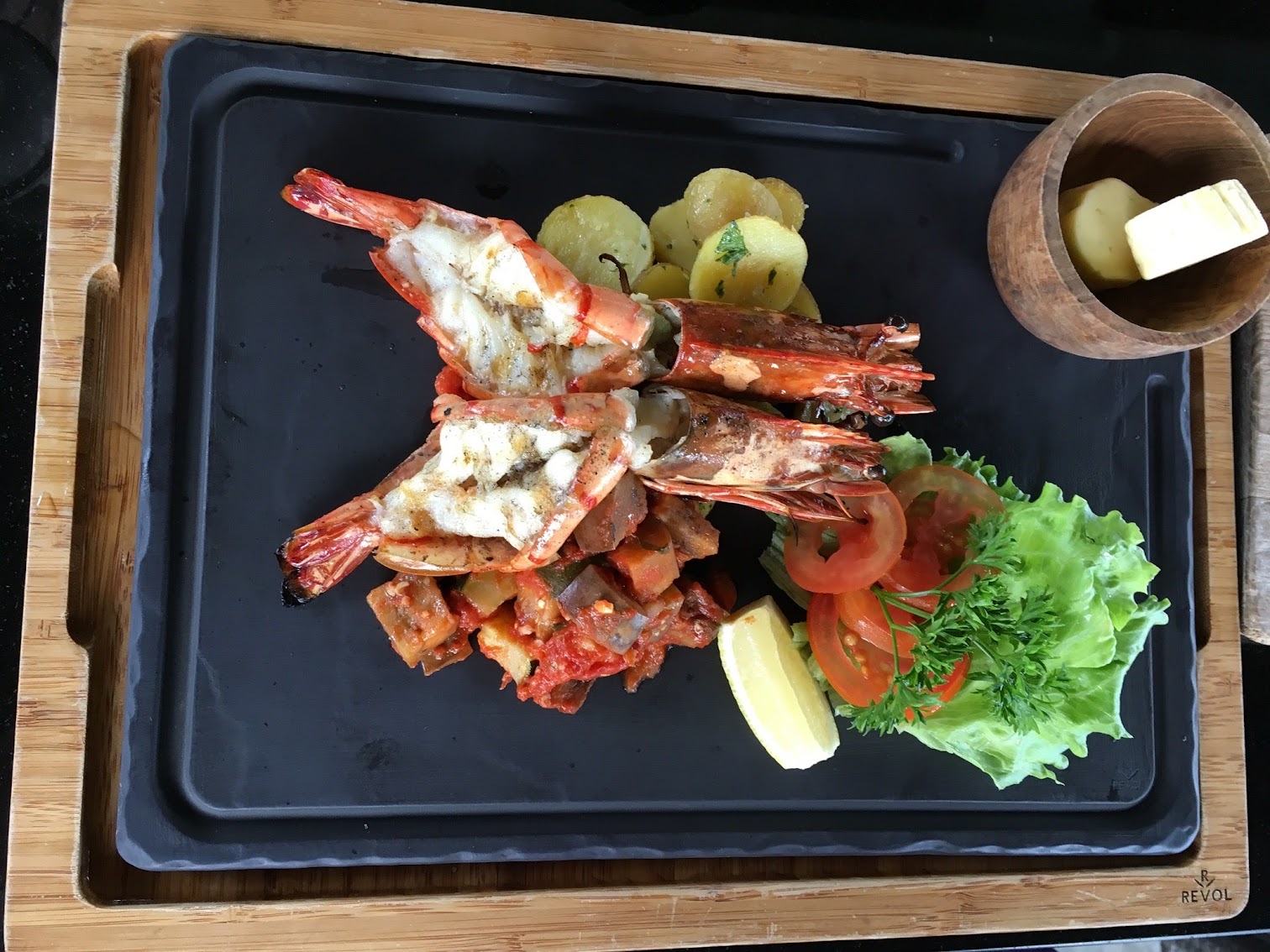 By the by, hands down the worst mie goreng I ever had in Bali. Flavorless and limp. I know, shocking, right? Probably the simplest dish (it’s instant noodles without all the soup). I was sad. 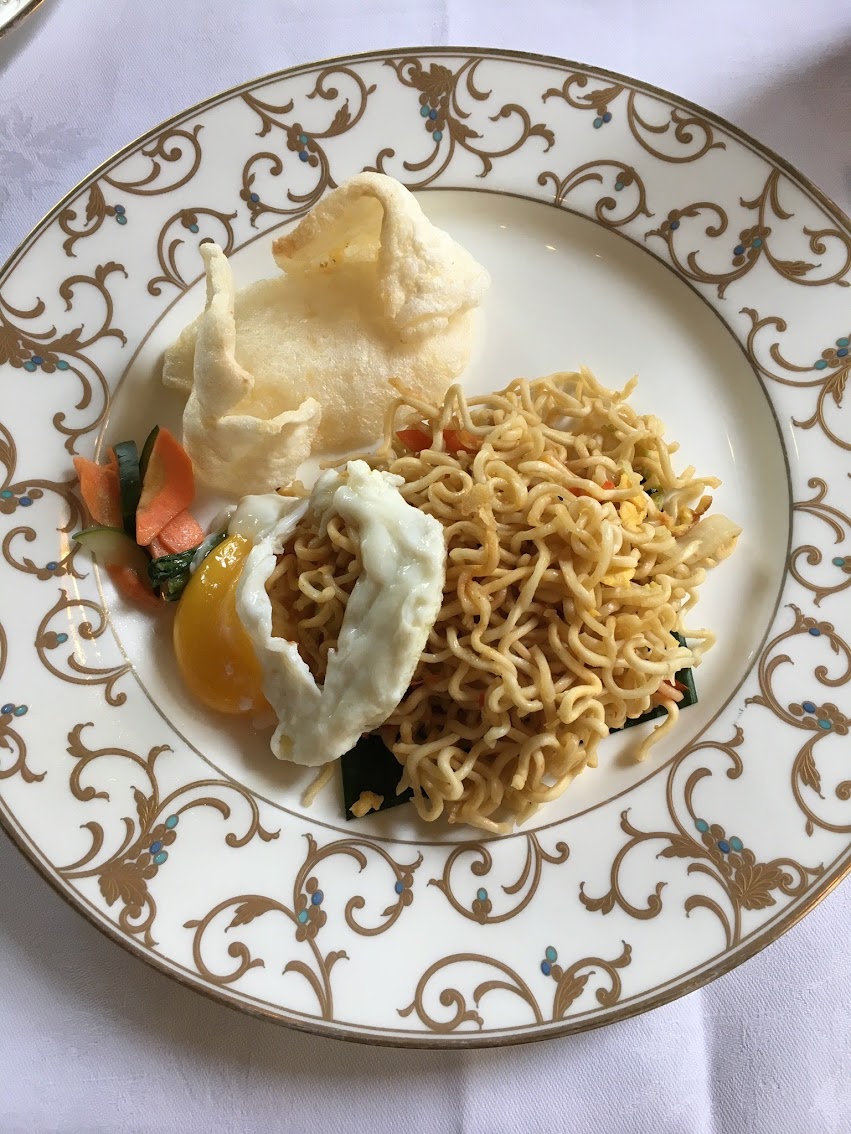 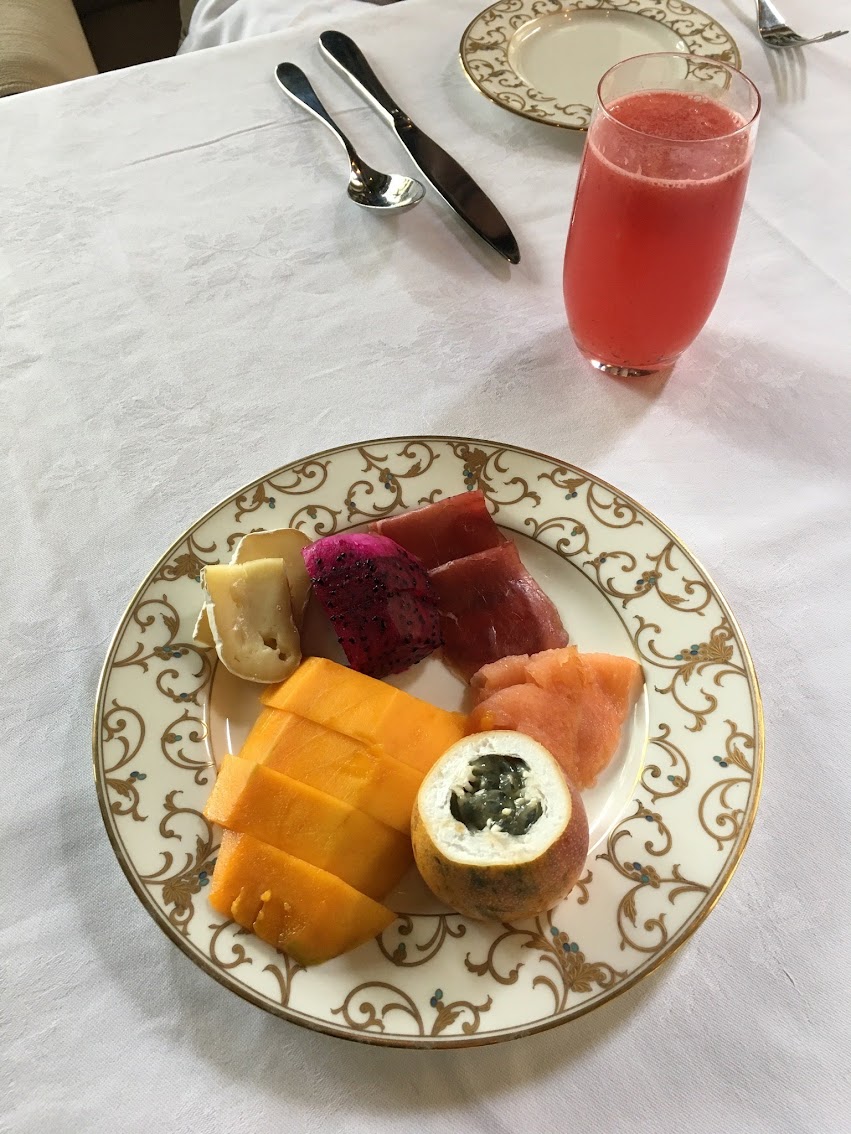 One perk of a club room is access to the club lounge where they not only give their magical check-in experience, but gorge you on breakfast, cocktail hour, and afternoon tea (pictured below). It rained during our tea time, and we sat by a window to watch the world turn into an impressionist painting. 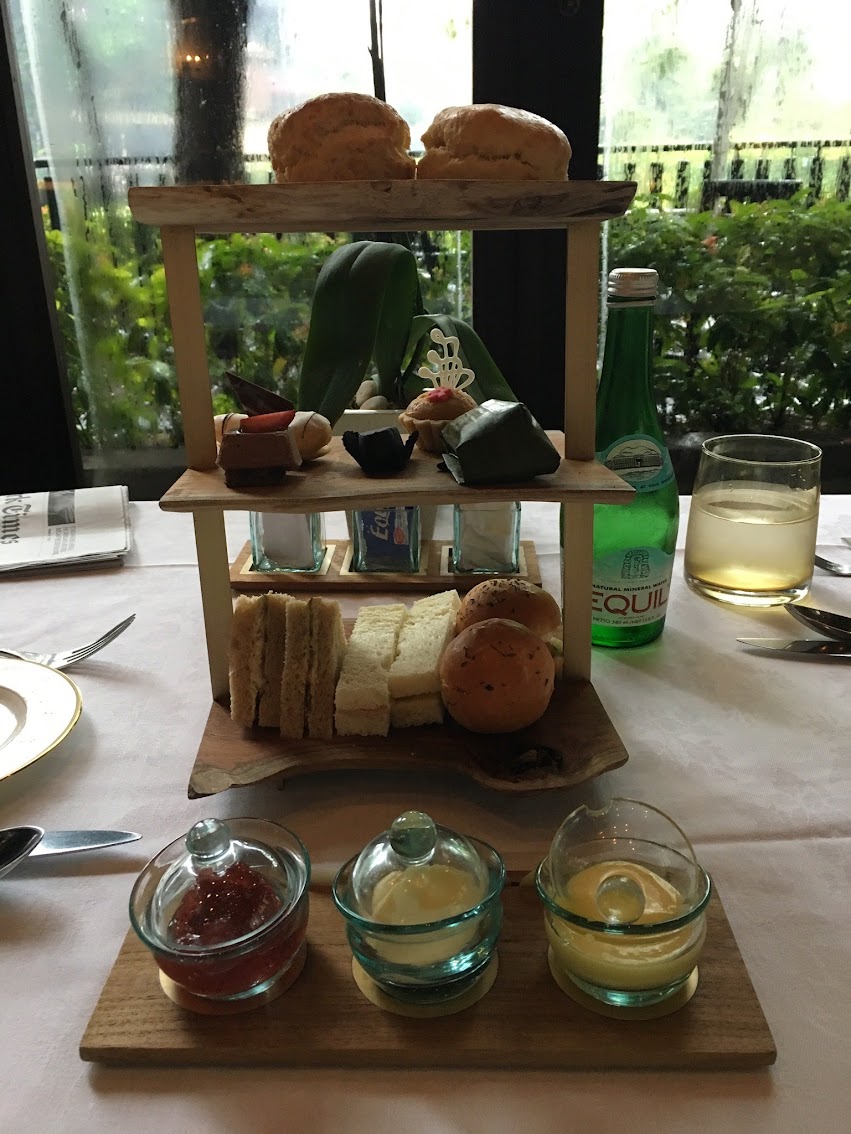 At cocktail hour, a live pianist plays classics like “The Sunny Side of the Street” and “The Way You Look Tonight” — one song blending flawlessly into the next. 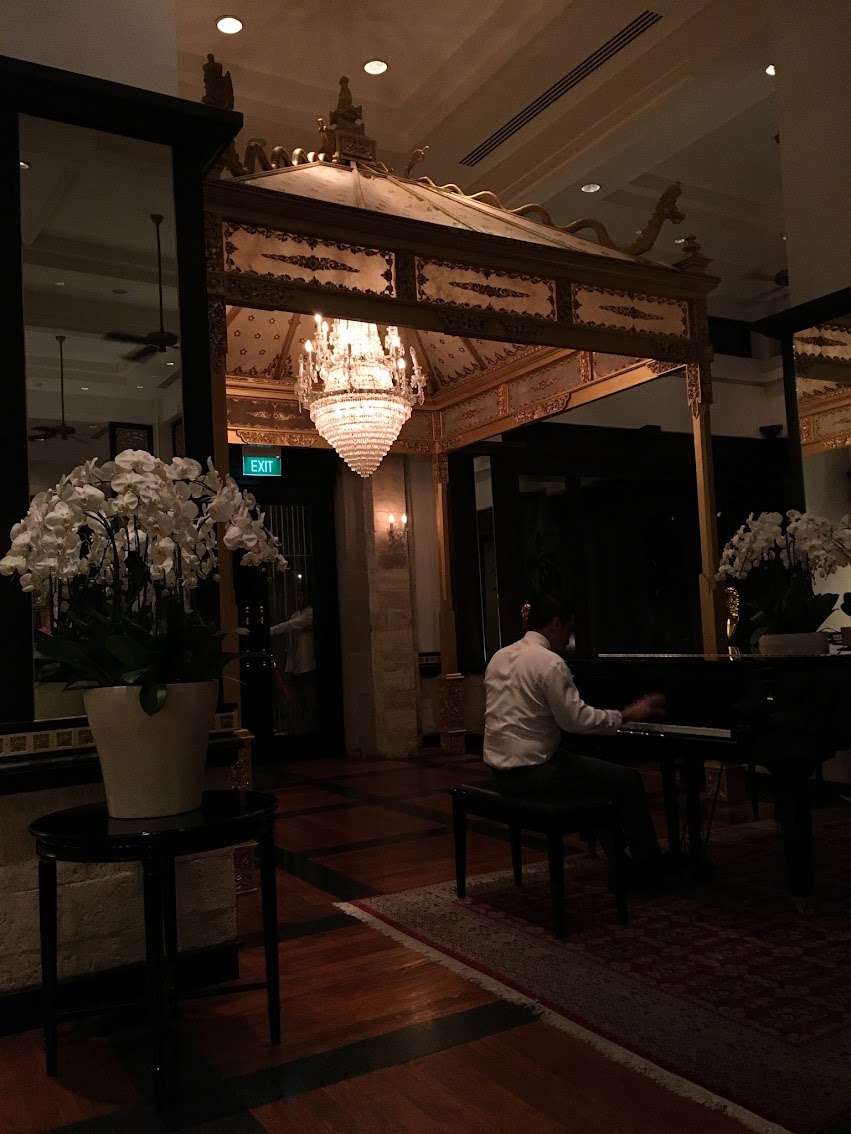 The point of staying at a hotel like this is not what you get. Sure, there’s a welcome present and free food. Yes, the concierge who does all the footwork is nice. But the main reason to stay at a place like this is what it excludes: the majority of other people. You’re paying for the space to be all yours. You’re paying not to have to be too close to others, not to have to hear their conversations or their children. To feel like you are the only person in the world except those who exist to serve you. What a feeling. Let’s live there forever. 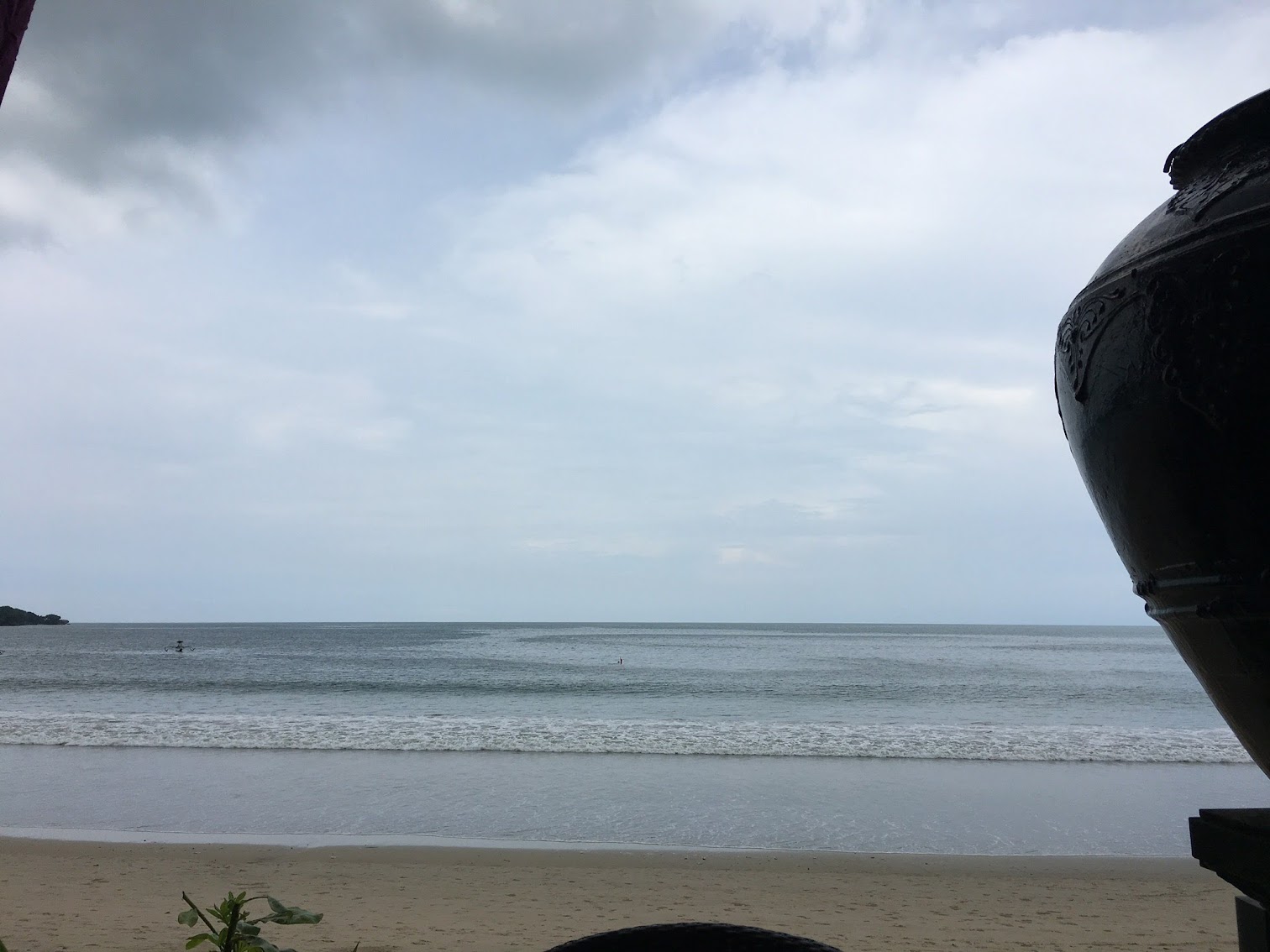