Some of my thrift store finds from the past week include these: 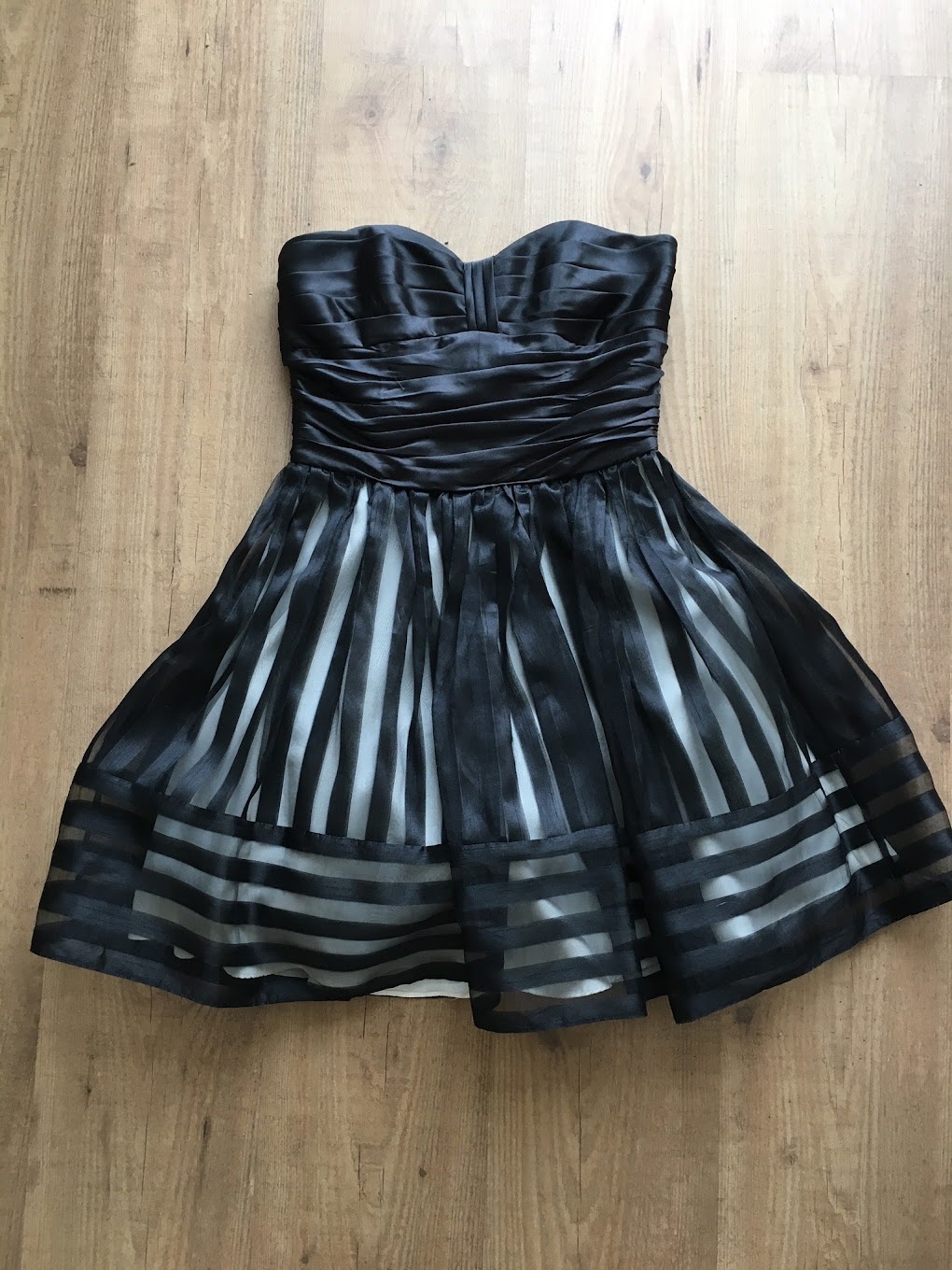 A Betsey Johnson dress that’s only slightly too small: $3.50 — I thought of wearing it to a wedding. But there are so many possible faux pas. I know about the “you may not wear a white dress” rule, but maybe black is also out because it’s too funeralesque? 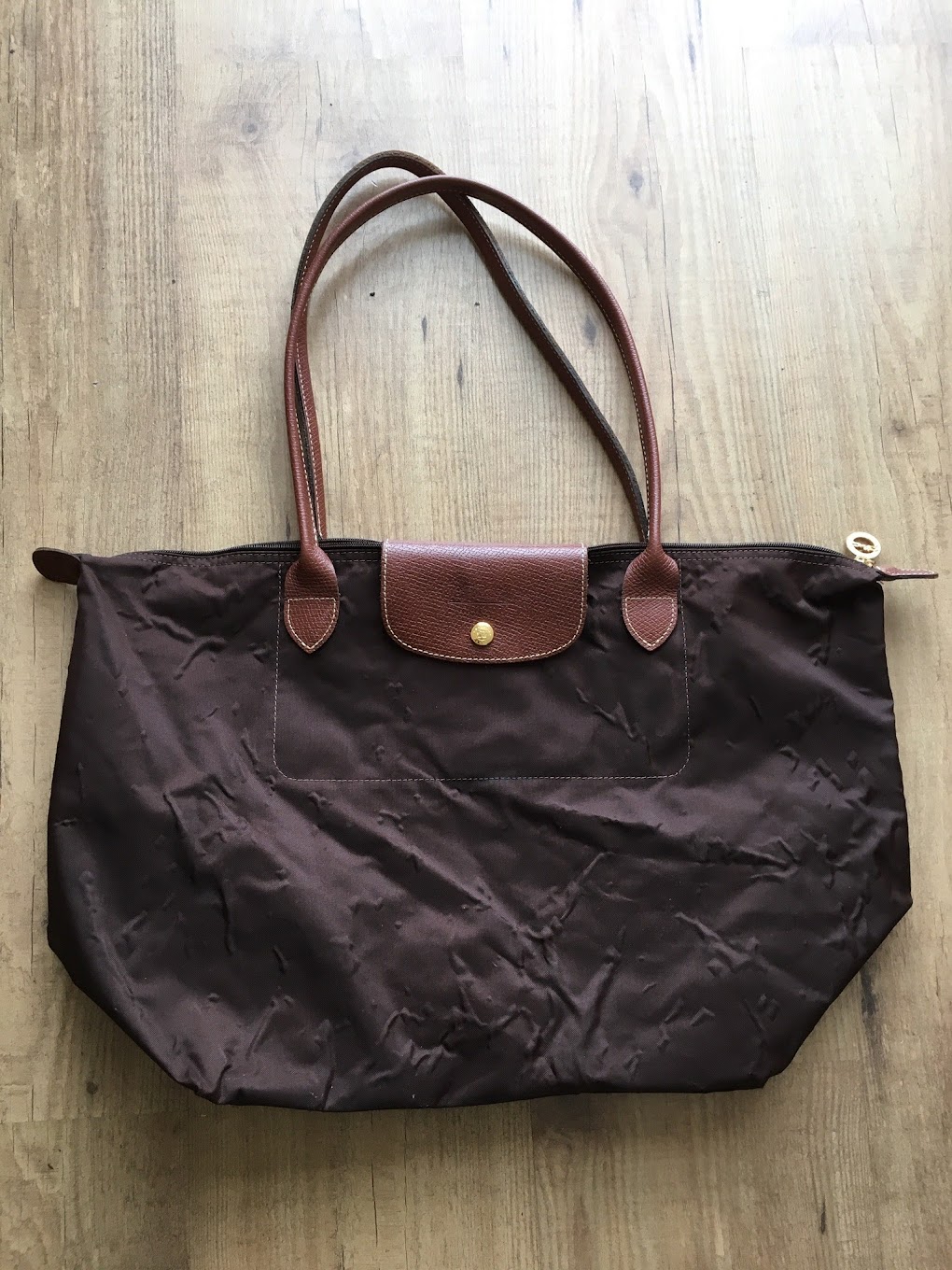 It’s fun doing authentication on the fly. There are a dozen tiny ways to differentiate an authentic Longchamp Le Pliage from a knockoff, and here’s the super guide on all the ways. This bag was $6.99 and passed all the tests. Sadly, it has a bubbling problem, but maybe the local Longchamp store can help me. 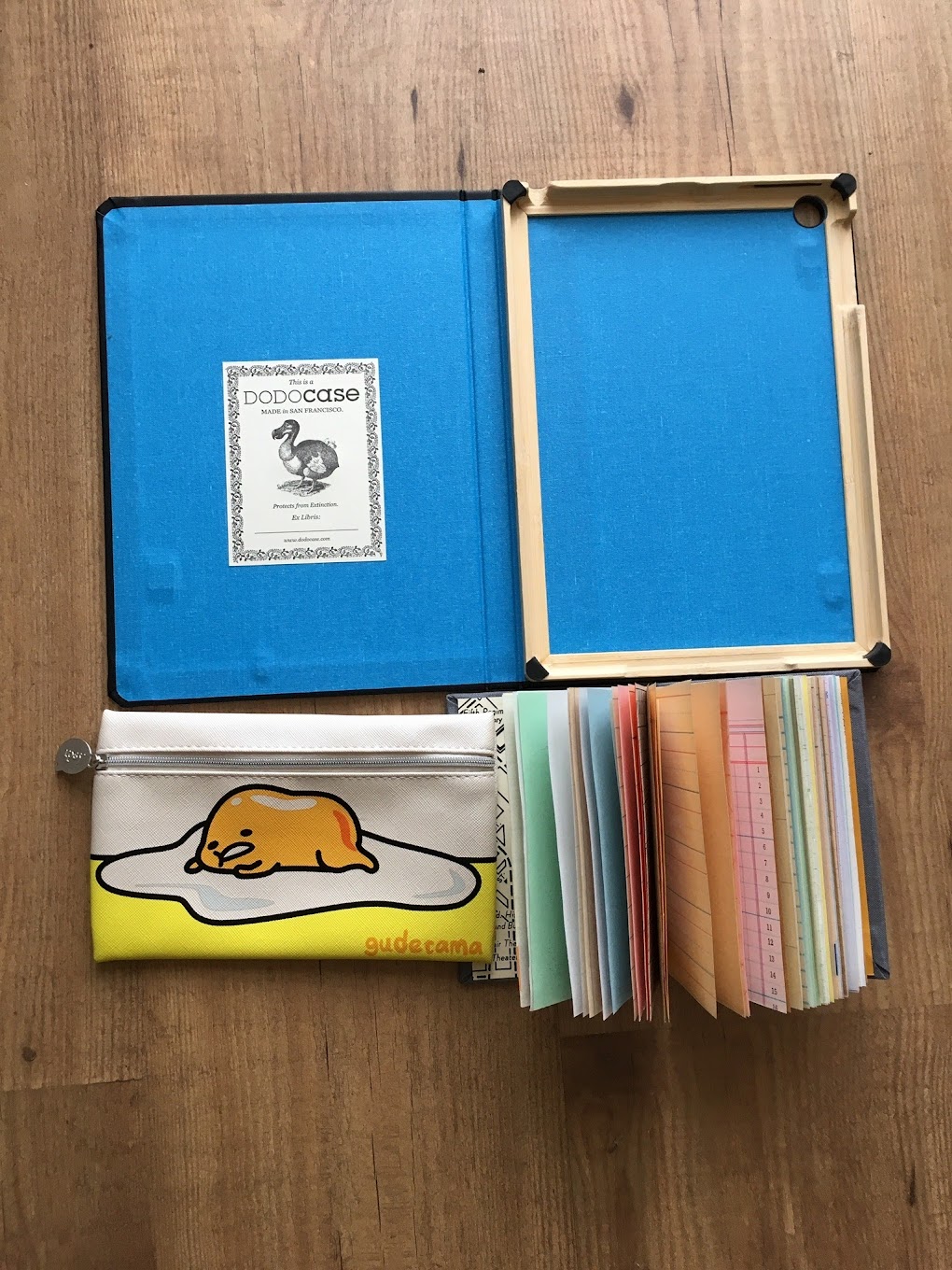 I am a super fan of gudetama. I had considered subscribing to Ipsy for the one month they offered a gudetama bag even though I never use makeup (I don’t know how. Plus, I was traumatized as a child. Okay, I’ll tell that story at the end of this post). But I didn’t have to. I found all of these for $0.99-$1.99. The little notebook is an inspiration. It made me want to learn bookbinding — all of its pages are different kinds of paper. There are even stamps embedded in waxed envelopes. The Dodocase is for an iPad I don’t own, so it’s going on eBay.

Okay, story time. When I was 7 or so, my mom enrolled me in a Jesus summer camp. Mostly because it was the cheapest option available. It was run out of a Chinese church, so they had me doing a fan dance at the finale special of the summer. It was my introduction to makeup. They slathered it on so thick that I couldn’t move my face. Also, have you ever had eyeliner or mascara applied? It’s terrifying! There’s this thing they keep poking straight towards your eye. And they scream “DON’T MOVE OR I WILL POKE YOUR EYE OUT!” But it’s kind of hard not to move when a poking thing keeps coming at your eye… For what felt like hours after, I felt the makeup cracking whenever I moved my face. I thought it was my face cracking so I tried not to move my face at all. Terrifying, I tell you. Now I’m against. Not just for this reason, though I admit it’s a better reason.