We stayed at a b&b in Cagliari that was run by and old woman who, according to the website, speaks English. She spoke almost no English. She recommended restaurants that advertise “tourist menus” — here are three courses for one price and you don’t have to think at all, tourist! We were offered breakfast for a fee, but “breakfast” was knockoff twinkies you could buy at the supermarket, a dozen for a Euro. It was 20 minutes from town on foot. But town had gems like this polka-dotted mini. 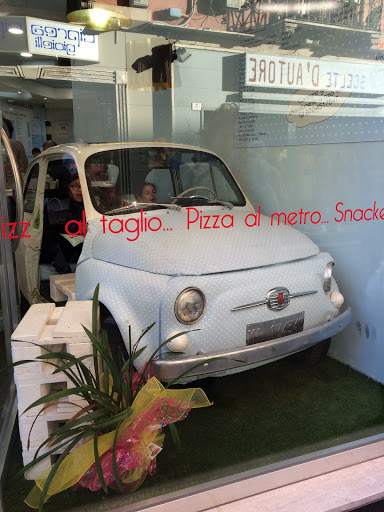 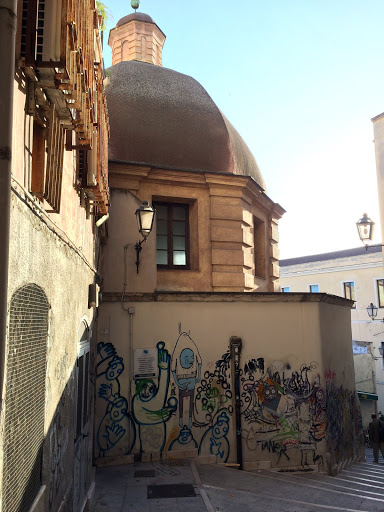 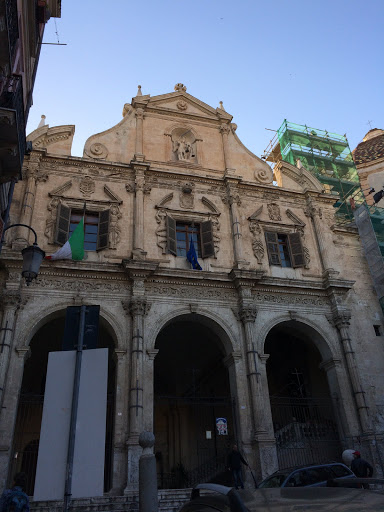 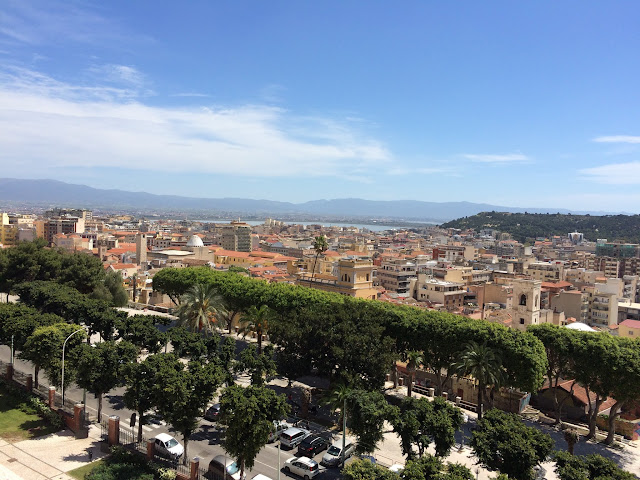 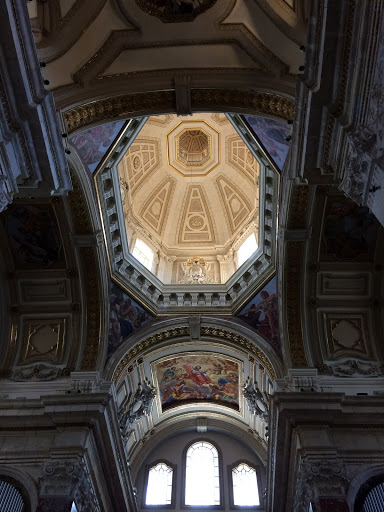 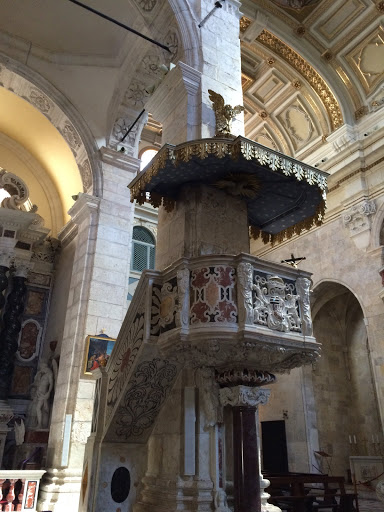 In the crypt there’s a naked angel 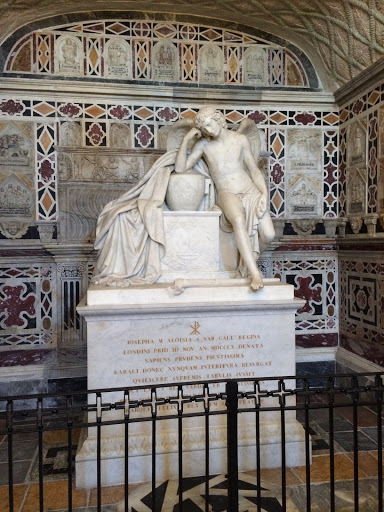 (Forgive. I have a thing for intricate ceilings) 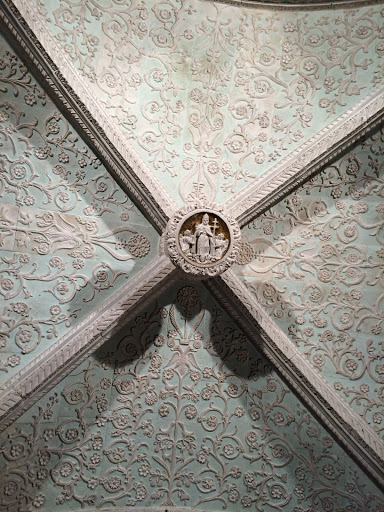 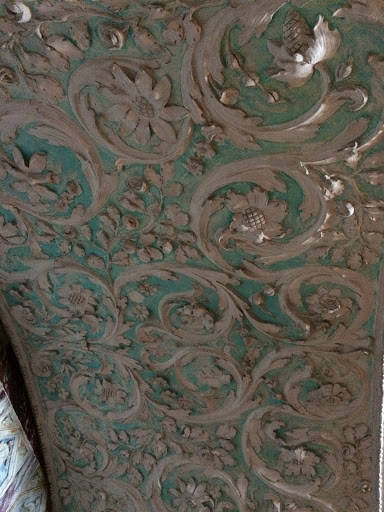 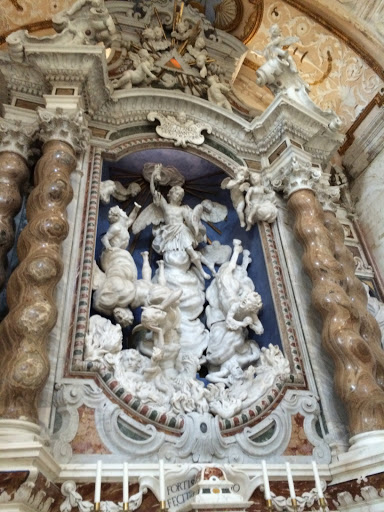 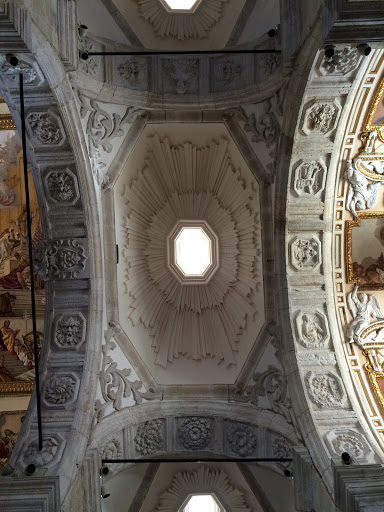 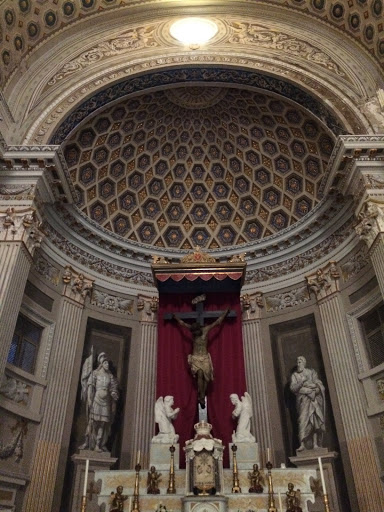 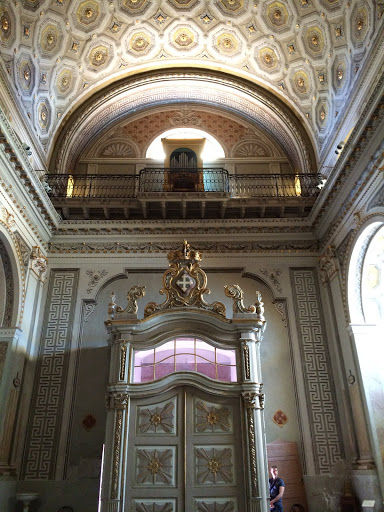 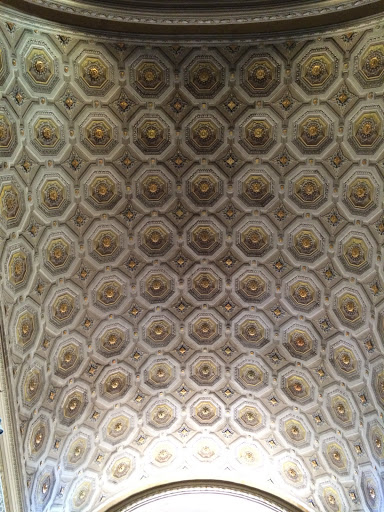 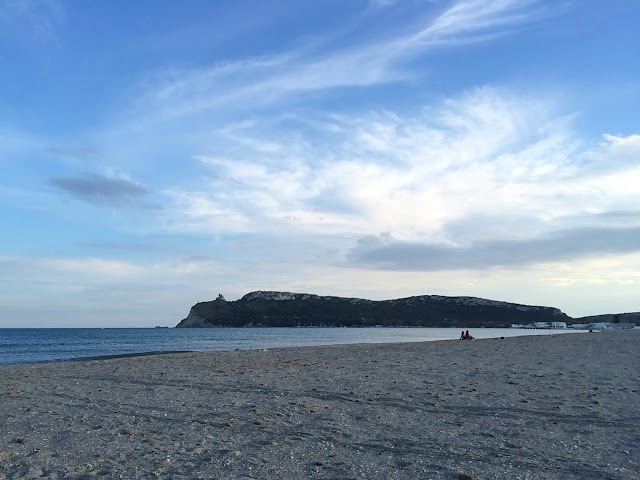 After a day or so of Cagliari, we went further, to a different beach, where the fuzzy sea buddies were with us again. 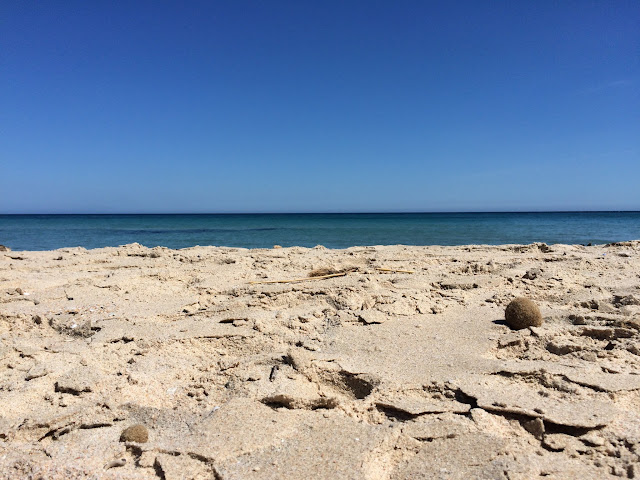 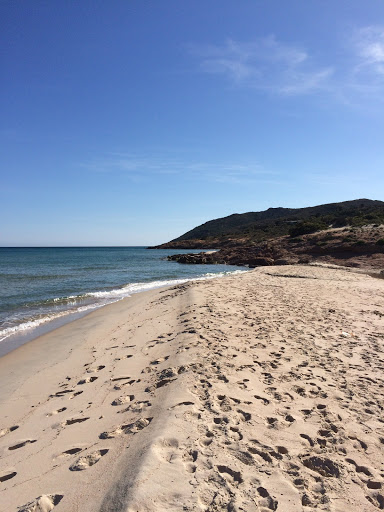 Here, we found ourselves a mission: there was a pond of stagnant runoff water blocking the path. 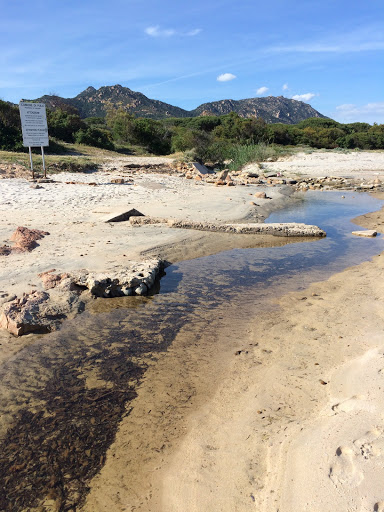 We dug a canal. Using only sticks and other trash found on the beach 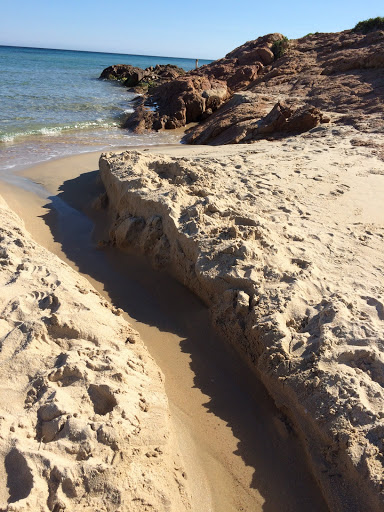 (Our public works project from another angle) 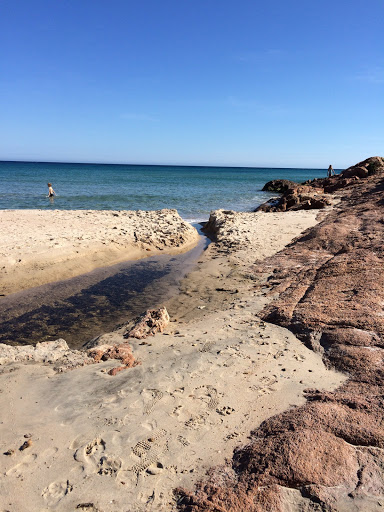 But most of the day looked like this. I think I managed to get sunburned for the first time in ten years. 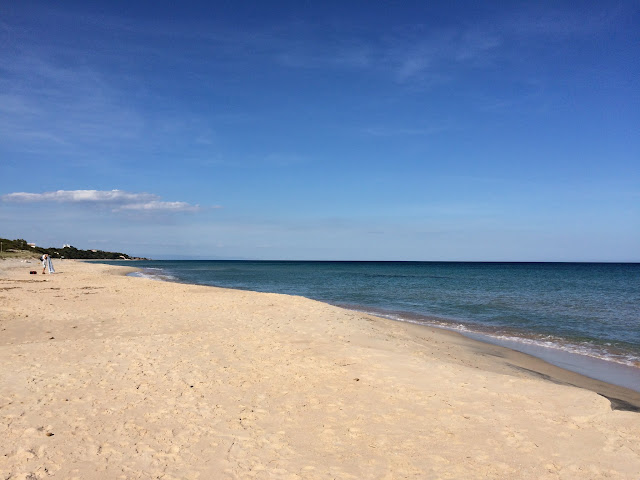 Okay, I’m leaving you here for today with this picture of fries wrapped in pizza dough. It was probably called the “Americana”. I eventually asked a local about this obsession with putting fries in things and blaming it on America (I had seen it several times throughout Sardinia: in sandwiches, on pizzas, even inside kebabs!) Did they think Americans put fries everywhere? She said “No, no. We LOVE fries. It’s a Sardinian thing to put them everywhere.” Good to know. 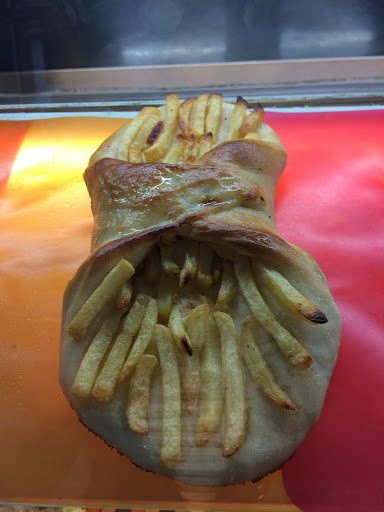