On the road between Calvi and Ajaccio I kept exclaiming “are those the Alps?” Obviously, these were not the Alps, but when I saw the real Alps, I still thought these looked more Alp-sy.

We intended to stop in Corte for lunch, but had no luck with parking. Instead, we set up a picnic in the wooded area on the outskirts of town, right in the middle of a river. We did have to trespass just a little (skirting around a dilapidated toolshed and behind a house). 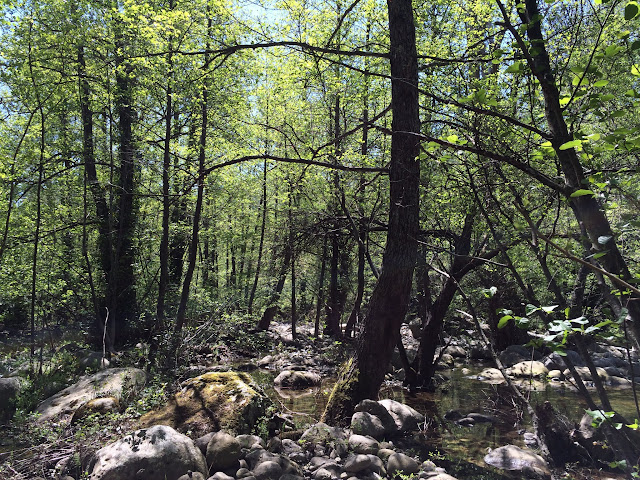 More views along the road to Ajaccio 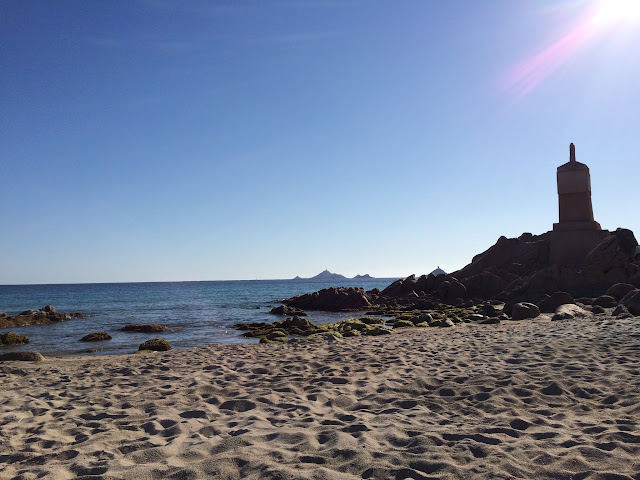 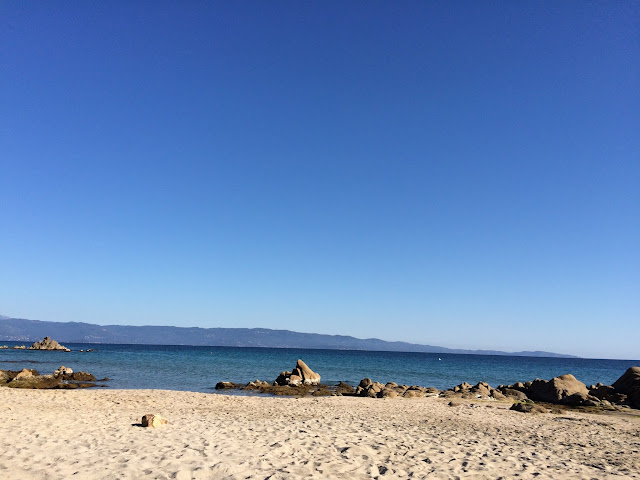 Just outside Ajaccio is the Iles Sanguinaires “the bloody islands” — named for their color, not for any actual blood spilled. It was nearing sunset, so not that popular. There was no way up to the tower, sadly. 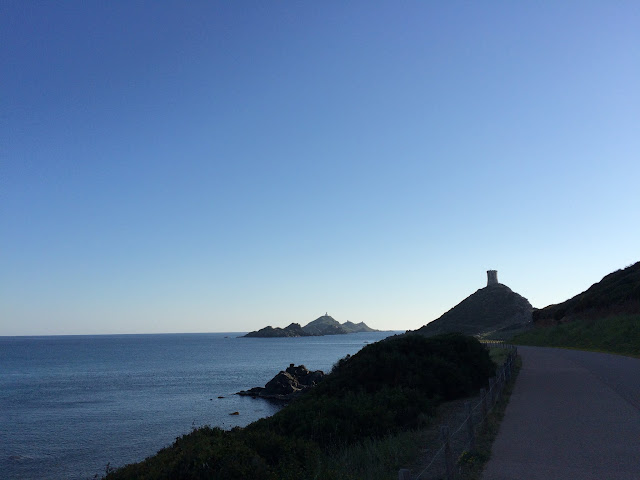 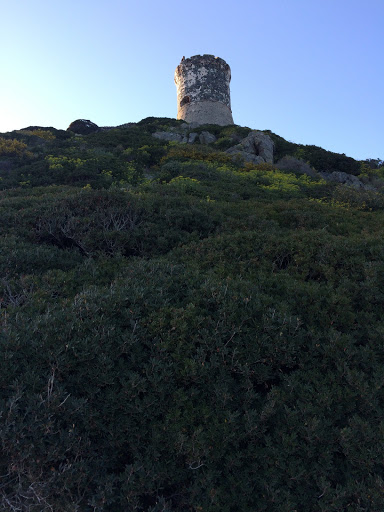 In Ajaccio proper, we stayed around the corner from Napoleon’s birthplace. There was a woman seated at exit to the building, minding her stand of tourist goods. Here’s the beach that was about two blocks away and never had people. I guess the tourists come for Napoleon and the locals have better beaches.

Our host left us a table full of Corsican food, including specialties like blood sausage, a hard goat cheese and a lemon. True hospitality. (I was going to show you some pictures taken from a restaurant meal but they’re not beautiful. The lamb tagine was amazing, but looked like brown goop.) 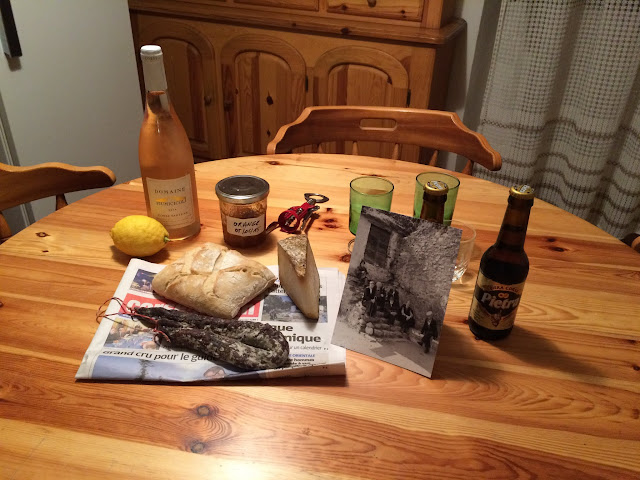 We had a few days to wander, and found that even the cats ride scooters. 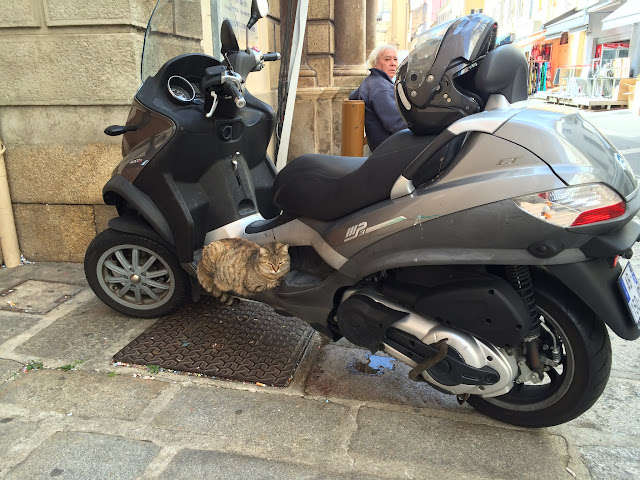 The library housed not only ancient texts, but also current students. I didn’t get a picture of the latter, but I like the idea that historic libraries can still be used today and not just for tourism.

We went to the Musée Fesch, which was the right size for a museum. I was impressed by their Leda and the Swan painting.

I am a little obsessed with beaches. Always chasing the ideal, which is probably Lanikai on Oahu, minus the people. This beach came close. At least the “minus the people” part!