We ferried over from the French mainland (Nice), and N drove hours in the dark to get us to Calvi. Terrifying windy roads with no lighting. The ferries forbid passengers from staying in their cars. For safety reasons, so they say. But they also don’t just give you accommodations. No. Renting a single bed in a room that’s barely large enough to move in will cost more than the average AirBnB in Paris. So we slept on the floor, amongst barking dogs (yes, everyone and their mother had a dog on the Corsica ferry) and inconsolable babies under florescent lights. My personal hell.

Calvi appeals to the type of person whose country is too young to have seen much history, and whose cities are full of buildings that are blank and modern. This is the cathedral in the citadelle. It looks abandoned — like something from a ghost town. 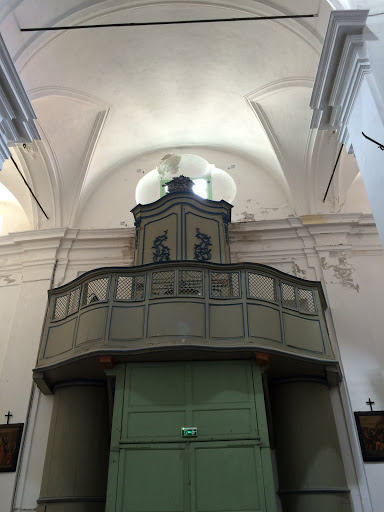 This is a still-occupied building, also inside the citadelle. See the greenish door on the second floor that just opens into thin air?

We had lunch on this patch of grass near the fortification wall. This cat was friendly, but had ulterior motives. He kept us company until we finished eating and there were no more scraps for him. 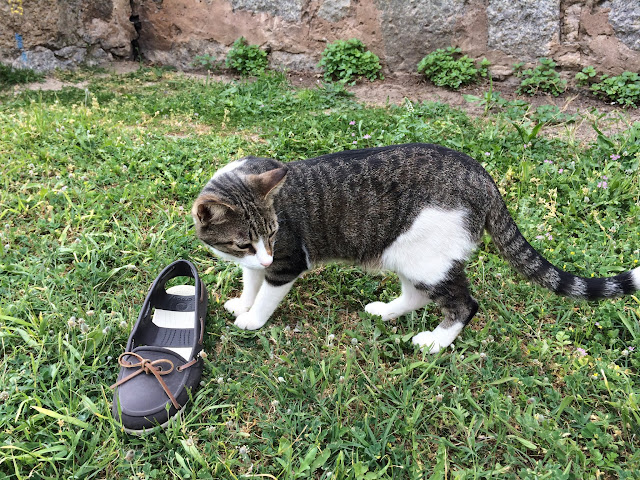 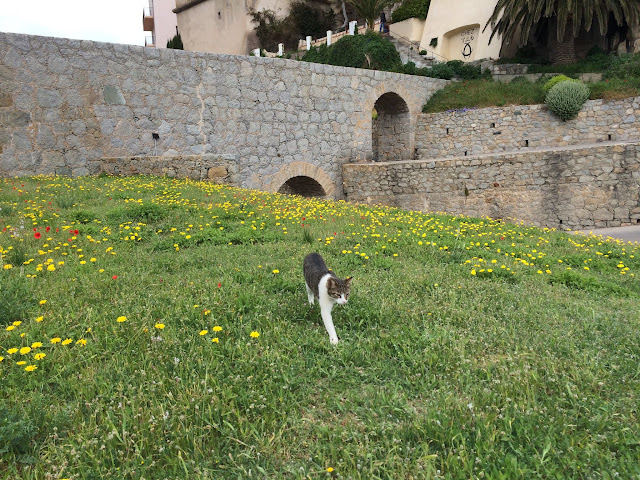 View from the wall 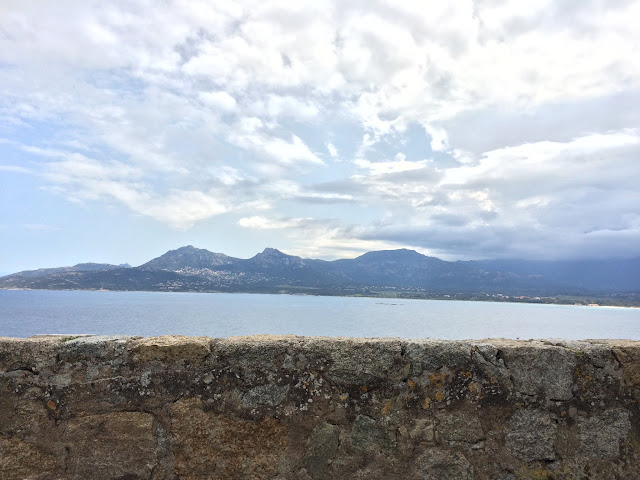 We wandered the town a little, but there wasn’t much there. 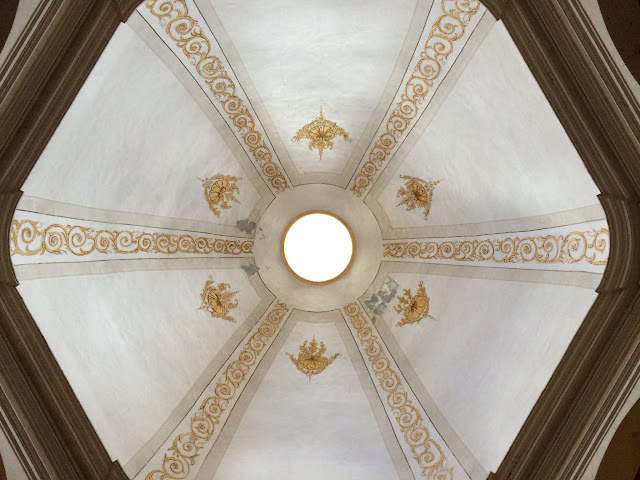 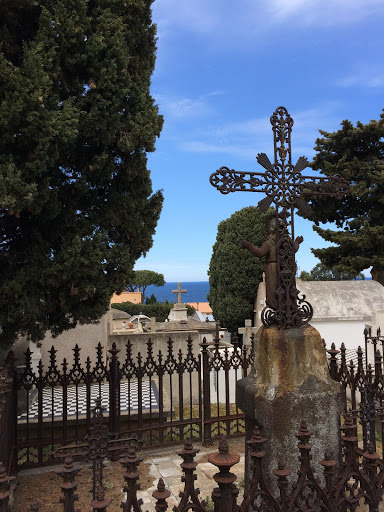 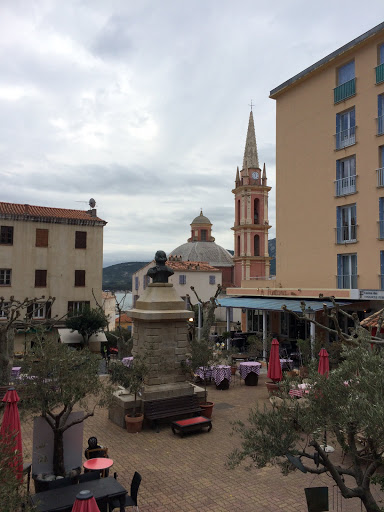 Following a delicious smell, we found a tiny bakeshop selling cookies — canistrelli, a Corsican specialty. Think, a crunchy rather than sandy shortbread with flavors like lemon zest and salted caramel. 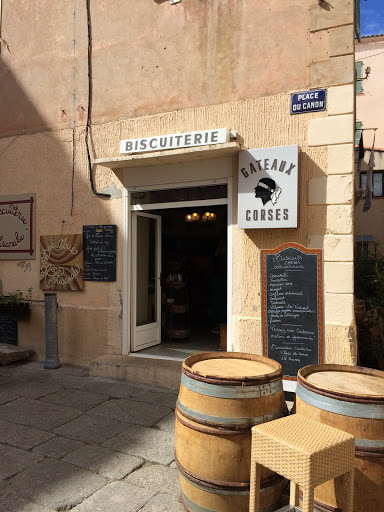 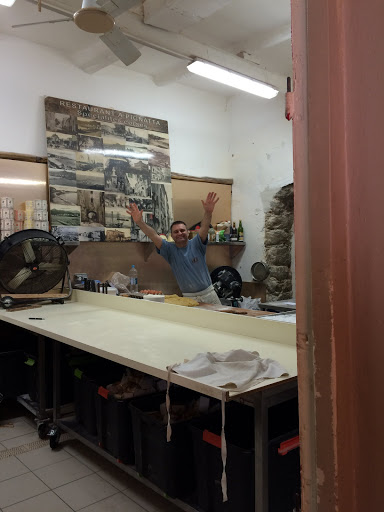 The cashier pictured here chatted with us on her smoking break. She said she felt like a failure, working at a cookie shop at the age of thirtysomething. But people work and work hard every day so that they can go to a place like Corsica for two weeks out of the year. She gets to spend every day there. It’s too bad that everyone has the same basic image of success: the person who has a well-respected career, makes tons of money, owns lots of stuff. 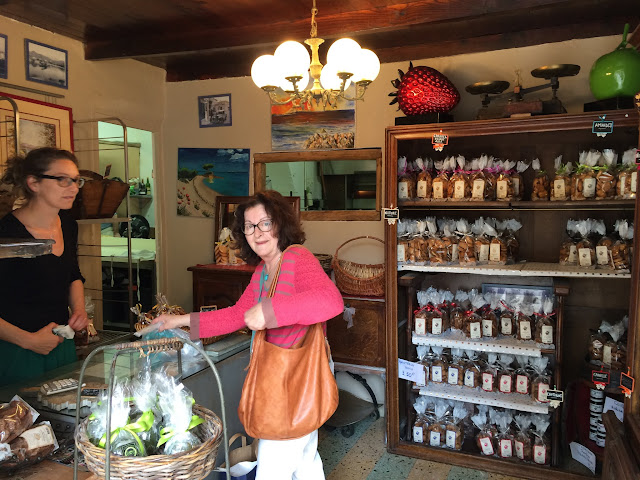 The beach was covered in brown fur balls. We never figured out what they were, exactly, but we saw a woman collecting a plastic bag full of them. We asked her, and she shrugged. “I just like using them to decorate.” 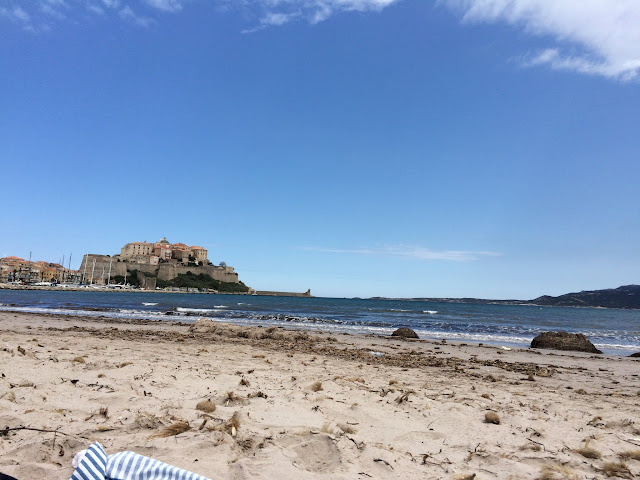 We stayed at a “residence” — basically a wooded area full of self-sufficient cabins with fully equipped kitchens, bathrooms, showers, etc. This is a view along the walk home. 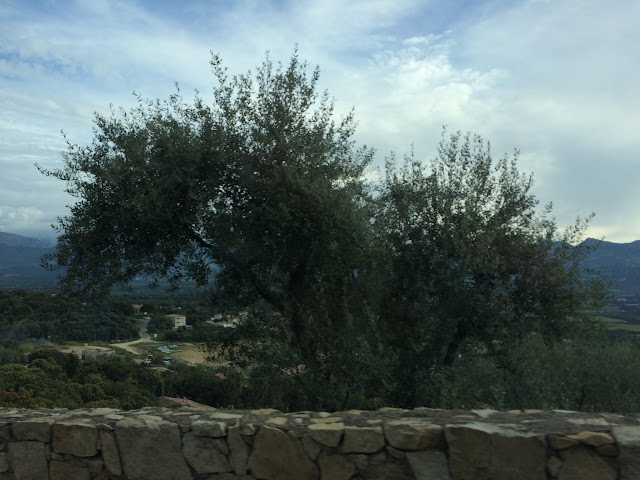 Our place was also close to the sea, so we went for a sunset. On the way we saw this shell pink house that looked like something you would find in California. There were also half-built structures with no evidence that work was continuing. Maybe illegal coastline development is a problem. 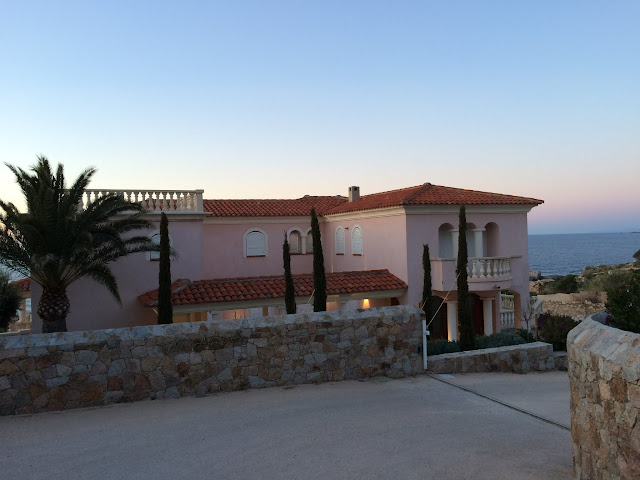 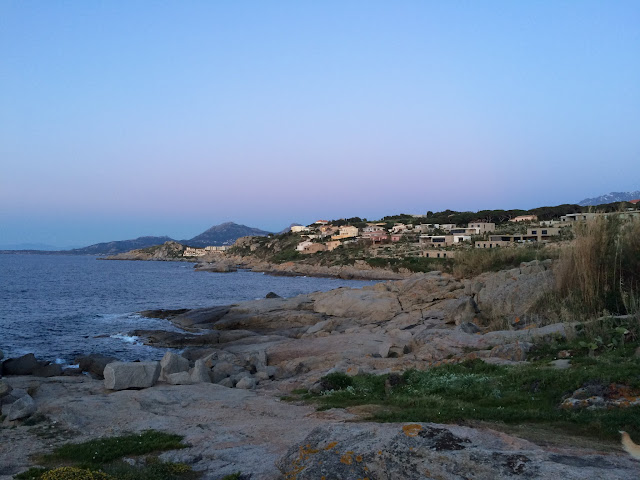 Some backstory — at the supermarket I insisted we get a can of tartiflette for dinner. A large can. I had such nice memories of it that I sort of forgot how crappy canned versions of things usually are. This was sour and not at all like real tartiflette. Yes, I’ve learned my lesson. We were eating it outside our cabin and this dog came sniffing around, looking hopeful. So we wiped down the tartiflette can with all of our remaining bread and gave it to her. She was so happy that she followed us down to the sea for our evening walk. We pretty much thought we had a dog. Permanently. 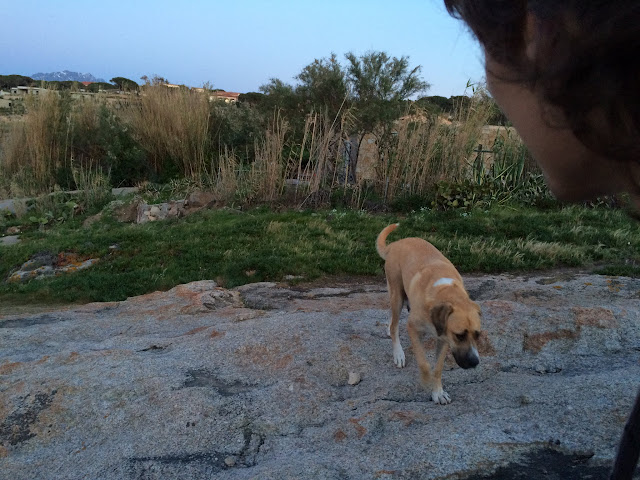 Alas, it wasn’t to be. On the path home, a fluffed-up, aggressive pomeranian barked at her, blocking her way. She turned back to the sea and we never saw her again. I hope she didn’t starve to death out there.

This was the sunset from our little sea cove. 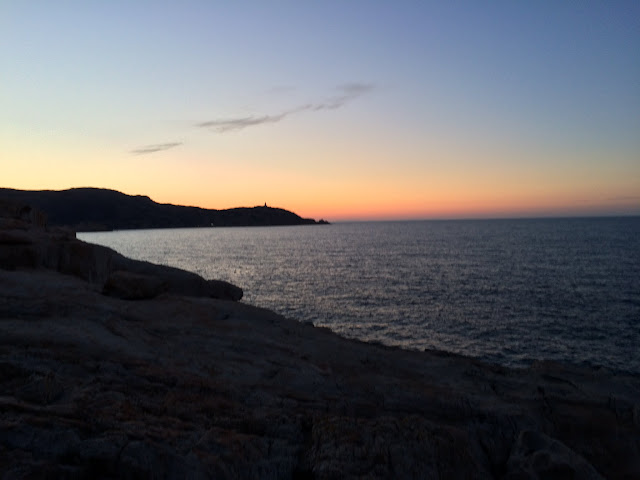