The Victoria and Albert Museum is located in a cute neighborhood full of French people. The restaurants, cafes and little card shops have a San Francisco hipster feel to them. But even more so. They out-organic, out-vegan us there any day. The museum is not only free, but one of the nicest I’ve been to. 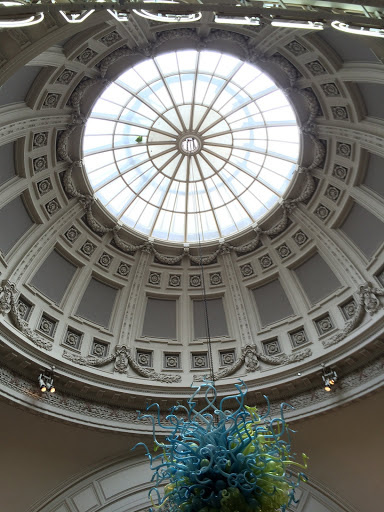 There are also these men lounging everwhere. Here, over a doorway and under an antlered thing who seems very suspicious of me.

This was the tomb of a cardinal, and was commissioned by a rival to make him look lazy. He does seem to be lounging rather than dead. 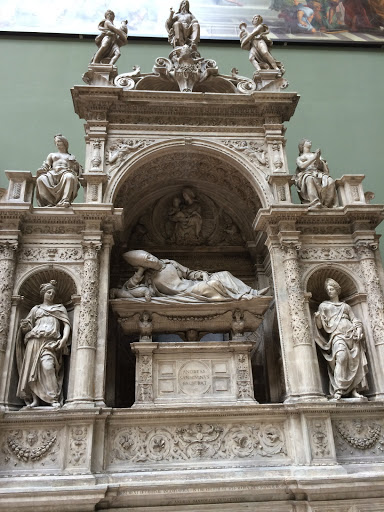 There’s something lovely about where this statue is placed. I was startled when I saw it. 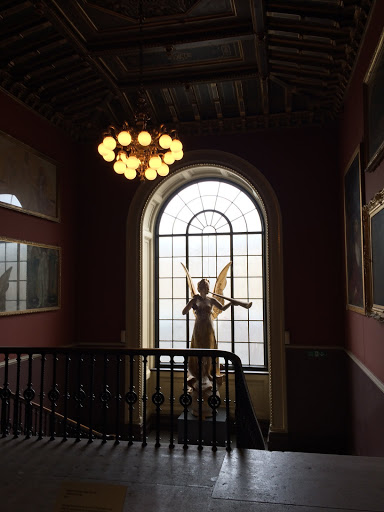 I heard once that all the nudes in art were a form of proto-porn. I wasn’t sure about the claim, since most nude paintings I remembered didn’t seem particularly suggestive. This, however… Note that he was placed in a room full of religious art. Maybe the curator has a sense of humor. 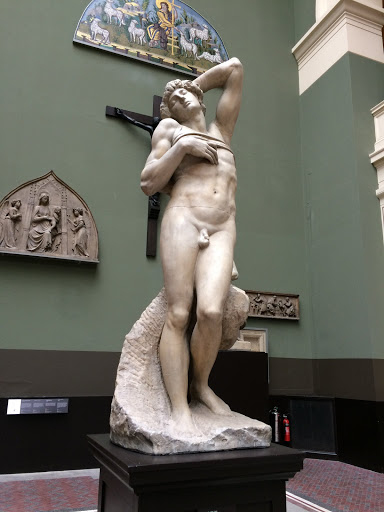 These were giant and (I think) modern. Too bad the don’t sell copies of them in the store! 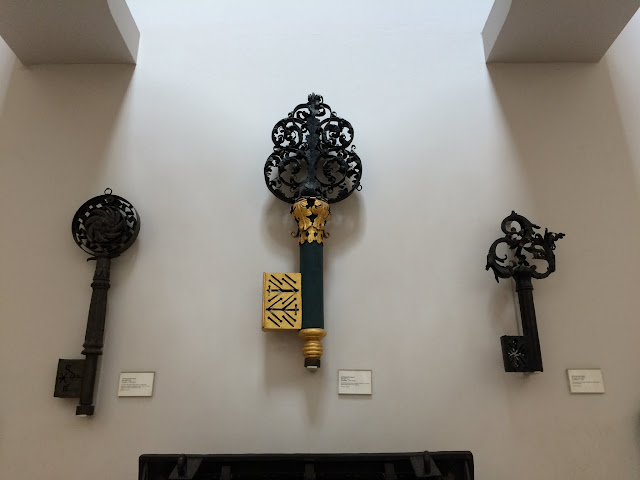 I think they moved an entire fancy baroque room from a hotel and put it in the museum. 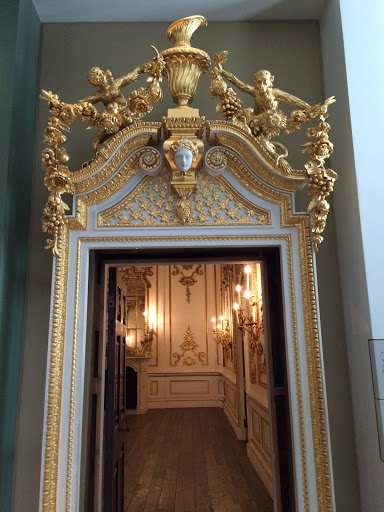 The tea room. I was introduced here to a real strawberry shortcake. Yum. 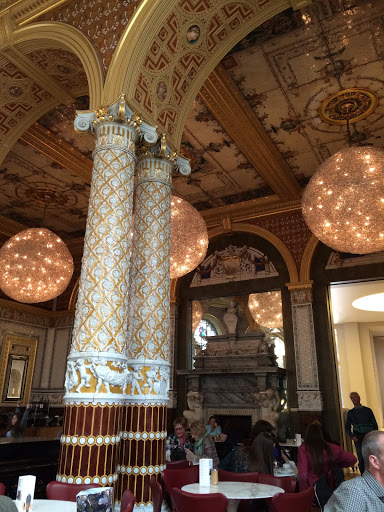 Those are all the photogenic parts of the England part of our trip. Next, it’s on the Corsica!