Chenonceau was stuffed to the gills with tourists. The entry hall was so full we could barely turn around. So we took our time exploring the grounds first. I think these pillars are the four seasons. 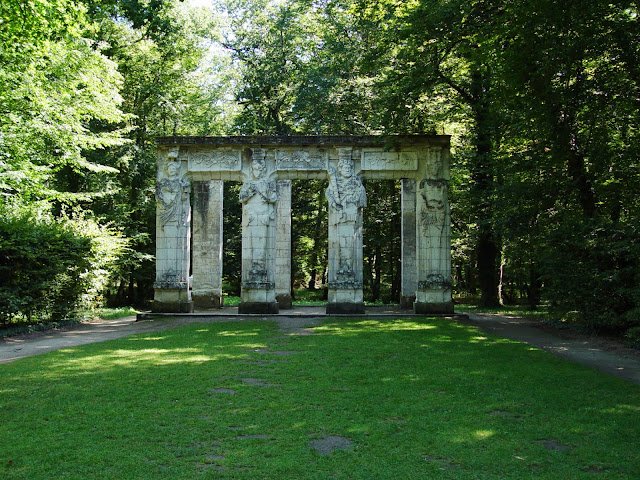 The ornamental French gardens were quite nice, but not at all my style. Colorful and showy, they’re full of  forbidden grass and not meant to be enjoyed by senses other than sight.

This view of the castle instantly reminded me of the Ponte Vecchio in Florence, and I was amused to find that the building over the bridge was commissioned by Catherine de’ Medici, and was actually inspired by the Ponte Vecchio.

We saw this poor pyr at the entrance, passed out from heat exhaustion.

Eventually, we did brave the crowds and see the castle.

You know, after some dillydallying outside, taking pictures through rusty bars.

Being set on the river gives timeless views

The history of this castle made it my favorite on our trip. In the sunlit hall over the bridge, there was an installation describing its mistresses through the years. King Henry II gifted the Château de Chenonceau to his favorite courtier, Diane de Poitiers. She was my favorite too. She made such an impression on him when he was only 7 — giving a kiss on the cheek to comfort him while his family was in exile — that he remembered her (and loved her still) years later when he came in to rule. She once said “J’ai vaincu le vainqueur de tous” which translates to “I have vanquished the victor of all.”