The main cathedral here is kind of a big deal and seemed to be undergoing a bath. 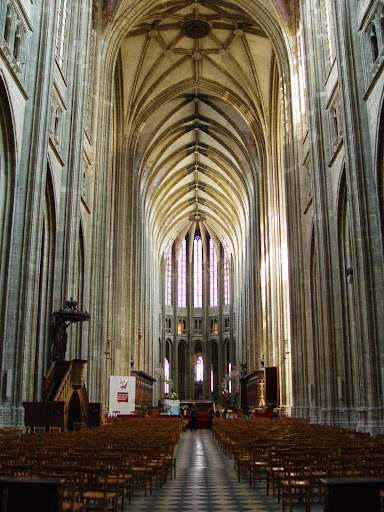 Like I said, I have a thing for organs.

In Orléans, I took special note of details. Like the corrosion of this church arch. 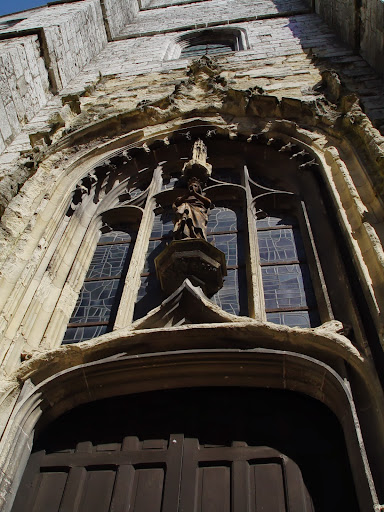 And these lions holding a door handle

And this plump dragon 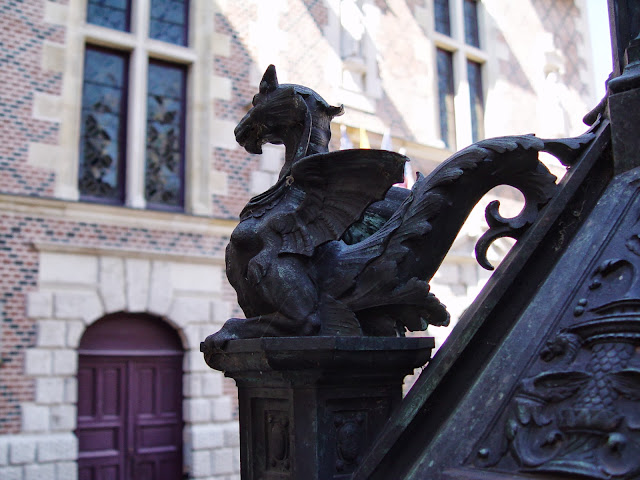 I must have looked so strange taking pictures of front doors

It took me a while to accept that these houses actually have wooden beams on their faces, and that they aren’t just painted on. In America, I have only ever seen them painted.

This here is an actual leaning house. I wondered if we had heatstroke or if we were imagining things. But no, it really was lopsided. This house looked so striking and unusual, but there was nothing to indicate that it was historical or special.

There was another church, but far less grand. I liked it a better, because outside, there was park where people were playing bocce ball. It felt like a lazy Sunday as just another neighbor sitting on the park bench. 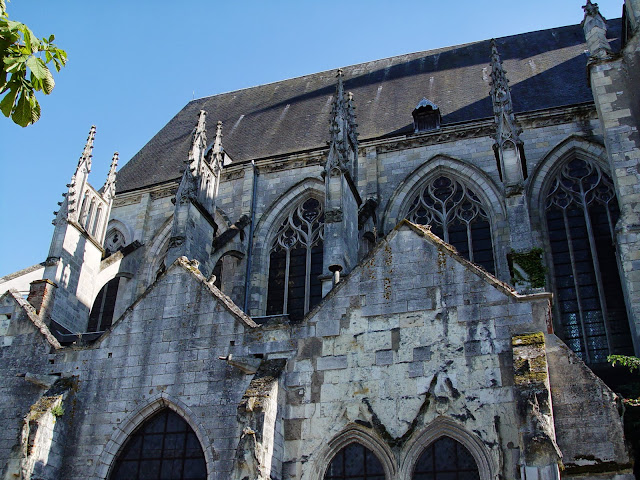 In retrospect, I wish I had taken a few more pictures of busy streets. Even modern ones. They would have helped me remember walking through the town, and the distinct character of each place. Churches and organs begin to blur into one after a time. I should have taken more pictures of every park, with its carousels, ice cream and cotton candy stands and little lakes and streams too. Perhaps next time.

That is what I repeat to myself in answer to any hint of sadness or regret: “it just means you’ll have to return.”